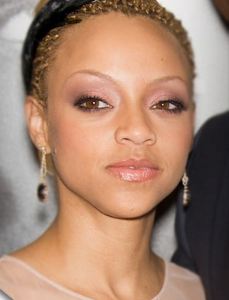 Per reports, Anthony filed for divorce in late-2017. Following months of court proceedings, the split allegedly got finalized in 2018.

Talking to TMZ, a source close to the former married duo shared that the divorce was amicable. The insider, however, refrained from opening about what led the pair to go separate ways.

When the divorce gossip first surfaced, there didn’t exist any word on spousal support or child support. Sheletta and Anthony, however, agreed on the joint custody of their four children.

Childhood sweethearts Sheletta Chapital and Anthony Mackie got married on 17th December 2014. The duo’s wedding reception took place at the “Hard Rock Hotel and Casino” situated in the Dominican Republic. In a 2015 PEOPLE interview, the “Avengers: Infinity Wars” actor confirmed the nuptials.

Like their marriage, the story of how Sheletta and once-husband Anthony got engaged maintained mystique among the media.

Sheletta first met Anthony in grade school. After dating on-and-off throughout high school, the duo eventually parted ways but only to rekindle the romance in 2009. They reportedly reunited in New Orleans at a Hurricane Katrina benefit concert. 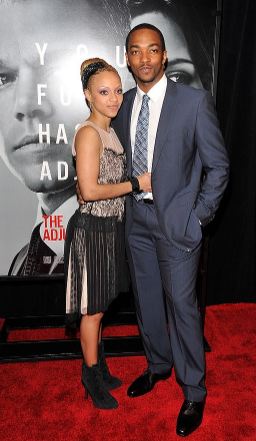 Anthony’s film debut came in 2002 with “8 Mile.” Two years later, he gave a critically-acclaimed performance in the Rodney Evans-directed flick “Brother To Brother.”

“The Hurt Locker,” “Night Catches Us” and “The Adjustment Bureau” were his subsequent movies.

In 2014, Anthony starred in the role of Falcon/Sam Wilson in the MCU film “Captain America: The Winter Soldier.” He also returned for the franchise’s follow-up installment “Civil War.”

“Altered Carbon” and “The Falcon And The Winter Soldier” are Anthony’s most prominent TV shows to date.

Born in 1978 in New Orleans, Anthony was raised by loving parents — Martha Gordon and Willie Mackie Sr., who owned a roofing business.

Many might not know but Anthony is siblings with Calvin Mackie — a former associate professor of engineering at Tulane University.

Detailed info about Sheletta’s upbringing, family, siblings, and parents doesn’t exist. In part because she doesn’t own neither a Wikipedia page nor an official bio.

The mystique surrounding Sheletta Chapital extends to her professional life as well. While her ex Anthony Mackie is one of Hollywood’s leading men, she — on the other hand — opts to keep her job title a mystery.

Adding to Sheletta’s enigmatic persona is her notable absence from the photo-sharing site Instagram.