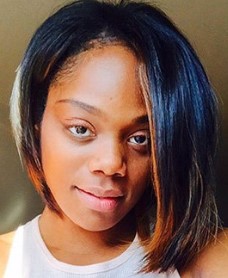 American actress, Afton Williamson, has fallen many times in her career, but that’s not the point. What matters is how much time she has stood up to confront the adversities face-to-face.

The talented actress is mainly known for her role in movies such as The Following, The Rookie, Man on a Ledge, and Banshee.

Know more about this elegant actress’s career, net worth, and husband by looking at the article below presented in a wiki-style format.

Afton was born on September 7, 1984, in Flower Hospital based in Sylvania, Ohio whereupon she was raised by her parents. However, there is no information about her siblings.

Besides her professional career, Afton is also attractive physically. Furthermore, she stands at a height of 5 feet 6 inches (1.68 meters).

For her education, Afton went to Eastern Michigan University where she majored in theatre.

Afton made her debut on television with the TV show, The Good Wife, where she appeared in one of its episodes. She, then gradually, broadened her career by guest-starring on TV shows like Law and Order: Special Victims Unit, Blue Bloods, and Elementary.

Some of Afton’s big-screen debuts include VH1 drama series The Breaks, and popular TV series like Shades of Blue and The Blacklist.

For the list of her movies, she has appeared in Pariah, Abducted: The Carlina White Story and Otherhood, and Man on a Ledge.

While all of the things were going well in Afton’s life, something tragic happened to her life. On August 6, 2019, Afton announced that she was quitting the ABC police drama The Rookie; she played an LAPD training officer, Talia Bishop.

The reason behind her quitting as she mentioned was that she was subjected to bullying, racist comments, and sexual harassment.

After which, USA TODAY reached out to ABC entertainment president, Karey Burke. However, Karey denied the accusations and told the reporters that Afton was “frustrated” to be speaking so.

As of February 2020, there existed minimal information about Afton Williamson’s dating life, to say the least.

There was no info, whatsoever, about who Afton’s partner right now might be. The same stood for who she was planning to make her husband.