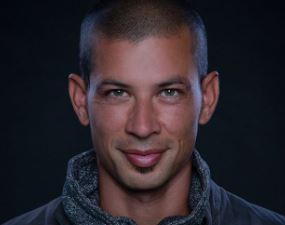 One of the twenty-two challengers, Yes Duffy is an amazing artist and was probably the best athletic guy over the season. The show also featured stars from The Real World and Road Rules, like Ruthie Alcaide, Eric Banks, Jemmye Carroll, KellyAnne Judd, Derrick Kosinski, Mark Long, and Jonna Mannion, who each gave Yes Duffy a run for his money.

Keep reading this Wikipedia on Yes Duffy to learn everything about him.

Corresponding to his birthday, he is of the Pisces zodiac.

Yes Duffy’s real name is Yes Collier Duffy. He was born to musician parents who loved the rock band “Yes”. Thus, got the strange name “Yes”.

Trivia: The reality star is somewhat of a musician himself. He played saxophone in a ska band.

Talking about his family, Yes Duffy’s mother was a stripper in the San Francisco area and was a part of the workers’ alliance for strippers; while his father ran a solar panel company. He recalled that he would often tag along with his dad at his job sites, and his dad would introduce him as “the boss” to his colleagues.

Mentioning his distinct features, he has green eyes, fuller lips, and a sharp jawline.

First stepping into The Challenge series, Yes Duffy appeared on Road Rules back in 1996. Then, he came back for Challenge 2000  and took the trophy home. To win it more, he again reappeared at Battle of the Sexes in 2003. Finally, he made it to The Challenge: All-Stars in 2021, and reportedly bagged the cash prize.

But while Yes Duffy wasn’t on the TV, he spent his day working as a principal architect at his company Yes Duffy Architects. He defined his job as an “architect, fabricator, educator, and urban-interventionist.”

If you don’t know about his time as an “educator”, Yes Duffy has worked as a lecturer at his former college, the University of California for a total of a year and a half. In March 2021, he was also appointed to Berkeley’s Zoning Board there.

In light of his education, he has a double master’s in Architecture and City planning, from the University of California.

His wife, Nicki is a scientist who worked as an Associate Professor in the “Departments of Psychiatry and Behavioral Sciences and of Pediatrics” at Psychiatry UCSF Weill Institute for Neurosciences. Also, she was the Director (Division Chief) of the Division of Developmental Medicine.

Reportedly, Nicki was still studying while she was dating Yes Duffy, and had plans to leave to study abroad in Spain. 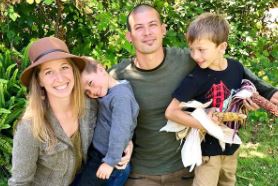 Yes Duffy with his wife and kids (Source: Instagram)

Proud of Nicki after she won the “UCSF Chancellors award for Advancement of Women” on March 2021, Yes Duffy took it to his IG to write,

“My wife doesn’t wait for Women’s Day to kick some ass. I’m so proud of her successes and the many female scientists she continues to mentor every day. Men take note. We have lots of listening and learning to do. The future is female.”

In 2016, Yes Duffy and Nicki together bought a property in 835 Hearst Avenue, West Berkeley. The Duffys lived there as of 2021.