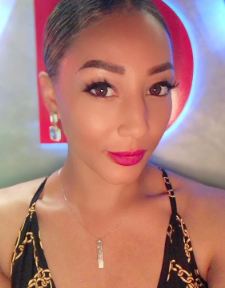 For her coverage of the highly inefficient school transporation system in Lee County, Tyisha Fernandes won the prestigious “Edward R. Murrow Award” in 2009.

Formatted in bio, the wiki below highlights Tyisha’s romantic, professional, and family lives!

Every 15th May, Tyisha Fernandes gets blessed with birthday messages from her well-wishers. In 2019, she turned 40 years of age.

Talking ethnicity, Tyisha embraces West African and European (Portuguese) ancestry. Her family’s lineage can be traced back to Cape Verde.

A Boston-native, Tyisha is one of her parents’ three children. What’s more, Greg Fernandes and Deanna Bolvert are her biological siblings.

In mid-2010, Tyisha’s mother lost her life to a brain aneurysm.

For a college education, Tyisha attended Howard University. Moreover, she boasts a Broadcast journalism degree from the same.

Fresh off graduation, Tyisha Fernandes joined Texas-based “NBC Newswest 9” as a multimedia journalist. Quitting the gig, she then left for “FOX 4 NEWS” and began working as a lead reporter and a weekend anchor in Florida.

Transferring to the “FOX 25 News” office in Boston in November 2010, Tyisha started serving as the network’s anchor/reporter.

In November 2012, Tyisha got hired by “Black Triangle Media.” About two years later, she landed a reporting gig at “WSB-TV.”

At “WSB-TV,” Tyisha reportedly made over $75 thousand every year in salary. The remuneration coupled with the income she makes from her wellness center “TD Zumba” is instrumental in building her $500 thousand net worth.

In August 2019, Tyisha Fernandes got engaged to longtime boyfriend whose identity remains a mystery.

Flaunting her engagement ring via Instagram, Tyisha blessed her followers with exuberant news. She seemed more than happy with the diamond ring that her husband hopeful gifted her during the proposal.

In the ensuing months, Tyisha continued to flaunt her future husband on social media. However, she didn’t speak/write on when the two would get married. 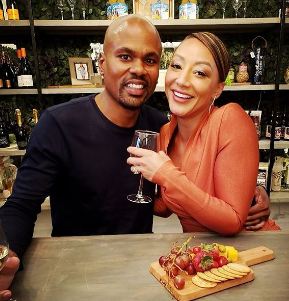 In September 2019, Tyisha opened up about going wedding dress shopping. Again, she refrained from outlining the wedding date.

A month before the wedding dress hunt, Tyisha dished out an important fact about her dating life with fiance. Via Instagram, the beloved journo shared that the couple met two decades ago.