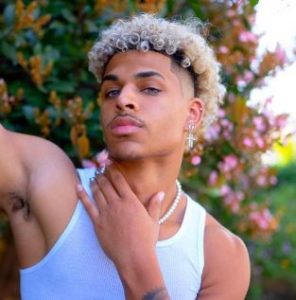 Tony Caraballo is a contestant of Love Island the USA who is embroiled in a drama even before the show premiered. Learn more about Tony on this Tony “Ballo” Caraballo Wiki where we learn more about him in this article.

Scroll down to learn more about the family, drama, and the girlfriend of Tony “Ballo” Caraballo.

Casa Amor opened doors for 10 new contestants for Love Island and one of them is Tony “Ballo” Caraballo. But, even before the show premiered, drama has already started brewing in the backdrop.

The showrunners teased a clip as an introduction of 10 contestants but only 9 of them were shown in the teaser. One who was missing on the teaser was Tony “Ballo” Caraballo. Fans of the show started thrashing him for his content on TikTok that was objectifying and disrespectful to fellow female contestants on the Love Island standard.

So, fans started tweeting and posting about kicking him out of the show. The fact that he was not on the teaser generated the speculation that he was actually dropped from the show. So, was he kicked out?

We’ll learn that as the show premieres.

Tony Caraballo was born on 2 November 2000. He turned 20 years old in November of 2020. Moreover, his zodiac sign is Scorpio.

According to the first TikTok, Tony “Ballo” Caraballo is of Puerto Rican-Jamaican ethnicity.

Anthony Caraballo AKA Tony “Ballo” Caraballo was born to his parents in his hometown of Highland, Indiana, United States. He is extremely private about the details of his parents.

His mother was featured on his TikTok on 21 May 2020. On TikTok, he was lip-syncing to the audio, a trend, where you pretended to be disrespectful to your mom to get a reaction out of her. As expected, she hit him with whatever she had on her hand at the time.

As reported by Famous Birthdays, he has one older brother who hides from public attention and a younger brother named Kaliq Caraballo. Like him, Kaliq is also a high school track and field athlete. He participated in the 4X400 Relay in 2019.

Based on the TikToks of Tony, he had the blueish-grey eye color since a very young age. Even as a teenager, he had eyes of the same color, so we can assure you that he never put on any colorful eye lenses to make them look beautiful.

His Facebook account Tony Carabállō is followed by 486 people in total. Whereas, he goes by the name @KingTc22 on Twitter where he has 315 followers and 1,364 tweets as of July 2021.

TikTok celebrity, Tony “Ballo” Caraballo sits on a total net worth around $150 thousand.

Tony “Ballo” Caraballo attended Merrillville High School and Highland High School. During his high school year, he pursued a career in football playing in the wide receiver and quarterback position. He played for high school’s varsity team from 2015-2018. He graduated high school in 2019.

Tony’s high school career can be viewed on hudl.

After graduating high school, he enrolled at Trine University as committed. He played football for the college’s football team. He is set to graduate college in 2023.

But, the world of social media is where he found his purpose in life. He posted his first TikTok on 30 April 2020. From there on, he posted hundreds of TikToks which gradually earned him wide recognition making him a celebrity of the platform.

His first TikTok with a million views was posted on 6 June 2020, where he jumped on the trend to show the older version of yourself. However, the filter didn’t work for him and he looked even hotter on that filter which made him go viral on the platform.

Tony also joined The Vault House, a collaborative group of TikTokers similar to the Hype House.

As a social media celebrity, one has a huge influence on their followers, he knows that very well. So, he decided to join forces with Sinclair Broadcast Group and Victoria Siegel Foundation to promote a cause titled Social Media for Good in July of 2020.

It was an effort to connect young people with resources to help them overcome opioid addiction.

Tony “Ballo” Caraballo’s TikToks made plenty of girlfriend TikToks. Some of which were humorous and some of them were serious issues related to the relationship. But, he never publicly confirmed his relationship status.

But his connection with two fellow TikTokers was taken seriously by his followers. He had quite a close relationship with Lucianna Sanchez. Together, they featured on each other’s TikTok and their fans believed that they were dating each other.

However, Tony started getting cozy with Sofia, IG username (@xo.phiee). On one of the videos posted on Tony’s Tik Tok account, he and Sofia appeared together where they addressed a fan’s question, “Are you guys dating?”

They confirmed that they were seeing each other in the video. The same video was posted by @thelightskintiktokroom  where one user commented, “I feel bad for Luci (Lucianna Sanchez) cuz she commented 😂”

This confirmed both of the relationships. But the fact that he joined Love Island proves that, he was single at the time.