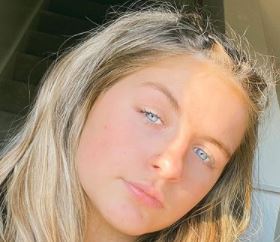 Tiarra Boisseau is a TLC star, who appeared in the network’s hit reality series “Unexpected”. She is also the sister of fellow “Unexpected” fame, Tyra Boisseau.

This Tiarra Boisseau wiki explores the reality star’s age, job, and height. Likewise, it sheds light on her relationship with her boyfriend, Dee Ragland, and their kids.

Tiarra Boisseau reached the age of 18 in 2020. Likewise, she celebrates her birthday on 11th September. Thus, Tiarra is a Virgo.

On her 18th birthday, her friend, Sierra Mosley wrote— “SCREAMING HAPPY 17th BIRTHDAY TO MY BEST FRIEND/SISTER🤩 Thank you for the memories we have with each other in the past. Thank you for everything!! I love you so very much💘 y’all enjoy these throwbacks.”

Meanwhile, on Tiarra’s 18th birthday, Dee Ragland shared a photo of them with their baby. He captioned the post with the words— “Happy birthday to my right hand… I’m grateful for everything you do & for always being behind me no matter what 💙”

Tiarra Boisseau is the daughter of Melissa Hopkins. Melissa, as listed on her Facebook, is a native of Olmstead, Kentucky. As of 2021, she was still living there. What’s more, Melissa attended Logan County High School and Western Kentucky University.

Both Tiarra and Tyra rarely spoke on their father. Safe to conclude, their parents were no longer together.

The Boisseau consists of Tiarra, Tyra, and their brother, Nathaniel Boisseau. Until 2021, he was residing in Chattanooga, Tennessee.

In her family, Tyra also has a cousin named Taylor Williams. Meanwhile, the “Unexpected” star lost her grandfather, Gary Hopkins in 2011.

Tiarra Boisseau is 5’6” tall and weighs under 52 kilograms. Even after giving birth to her first child, she managed to keep a fit body.

Tiarra had more than 55 thousand Instagram followers as of April 2021. At the same time, she entertained more than 1 thousand friends on Facebook.

Tiarra’s Twitter, on the other hand, garnered more than 1.3 thousand followers. She had joined the platform in December 2016.

As established earlier in the article, Tiarra Boisseau is a reality star. Beyond the TLC gig, she must hold a regular job. In a Q&A held in April 2021, Tiarra shared she was no longer living with her mother.

As for her appearances on “Unexpected,” she starred in the franchise’s 3rd and 4th seasons. The show reportedly paid her $10 thousand a season for her features. For her part, Tiarra stirred drama during her tenure with the TLC show.

All thanks to her reality TV career, Tiarra had stacked under $100 thousand in net worth. The figures, however, need official confirmation.

In October 2018, Tiarra Boisseau welcomed her first child, Ella Grace Ragland with her boyfriend turned baby daddy, Dee Ragland. At the time, she was 16 years old. Meanwhile, Dee was 18.

Before welcoming Ella into their lives, Tiarra, and her boyfriend, Dee dated for about a year. As of April 2021, the couple was still dating and expecting their second child.

In January 2021, Tiarra took to Instagram and announced she and Dee Ragland were naming their secondborn, Ensley Joanna Ragland. She even created a baby registry via Amazon and declared baby Ensley was going to arrive in mid-July 2021. 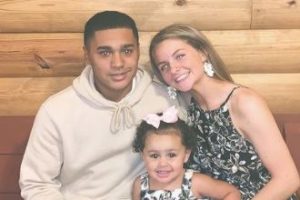 Tiarra and Dee Ragland with their daughter, Ella (Source: Instagram)

A little info about Tiarra’s boyfriend turned baby daddy— Dee Ragland hails from Bowling Green, Kentucky. He attended Franklin-Simpson High School and Brescia University where he played basketball. What’s more, Dee turned 21 years of age in March 2021. As for his job, he is a USAF Firefighter.

In March 2020, before he headed for training with the Air Force, Tiarra penned an emotional Instagram post. It read— “As I take off to basic training for 8.5 weeks I just pray God watches over my girls extra since I won’t be able to. Every inch of my body will miss them every day, but they know I’m doing it for our family. These two are my entire world and it will always be my job to make sure they’re okay. I love you two more than you’ll probably ever know and I’ll see you soon ❤️”