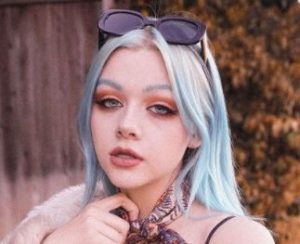 The scandalous YouTuber, Jake Paul yet again blew up the internet after TikTok star, Justine Paradise accused him of sexual assault. In a  20-minute-long YouTube video released on April 9, 2021, Justine alleged that Jake forced her to perform oral sex on him.

So, what happened? Who is Justine Paradise? Ease all your queries by the end of this Justin Paradise wiki.

Justine Paradise joined Jake Paul’s Team 10 house in California alongside few other stars in July 2019. According to her, she signed a non-disclosure agreement before entering the house and believed she “wasn’t allowed to talk” about what happened inside. In her words,

“If you sign an NDA, you’re signing away your rights to talk about anything basically.”

This was the reason she remained silent about the alleged sexual abuse until 2021.

Talking about the whole incident, Justine shared that Jake took her by the hand and led her to his bedroom. They then danced and kissed, and finally “he took it to his bed.” Jake then “put his hands in places” on her where she didn’t want — she resisted — but despite her telling “no”, Jake physically got on top of her and forced her to perform oral sex.

Justine claimed that she was fine with kissing but didn’t think things would escalate that way. After the incident, she wanted to talk to him and tell him, “Hey, I didn’t consent for this. It made me feel so awful.” But  Jake responded to any of her text messages.

Overall, she “never got an apology or anything like that”. Although she knew she was going to get a lot of hate for talking about it, she thought, “it is necessary to share this information with everybody, so it could maybe like, it could save someone that could be in my position in the future.”

Justine Paradise was born on March 4, 1997. That made her 24 years of age as she came out with the allegations against Jake Paul in 2021.

As per her birthday, Justine is of the Pisces zodiac.

Justine Paradise’s family hails from the east coast. But she resided far from them in Los Angeles. No wonder, she often took it to her socials to share how she missed her hometown and her family.

As for her siblings, Justine has possibly two. She once talked about her big sister over her Youtube channel.

Mentioning her distinct features, Justine has mysterious blue eyes. Moreover, she had a light freckle on her waterline/lash line. Also, she has a small tattoo on her right arm.

To mention her job, Justine was a TikTok star, van life influencer, and aspiring model. Also, she reeled in some cash from her Onlyfans account which charged a $12 subscription fee per month.

If you are wondering Justine is too short to fulfill the model requirements, she feels the same! She shared that she understands that “she is short and don’t fit model measurements”, but, “imma say f*ckem bc it’s hard enough to accept yourself let alone have all that added pressure.”

Justine Paradise is bisexual. She confessed that she was also into girls ever since “kindergarten”. Yes, even though she didn’t realize it then, now, when she looks back at all the moments, she confirmed that she was.

By the age of 16, Justine already had her first boyfriend from high school. She shared that she was “convinced the only people who ever meant ‘I love you’” were her mom and her first boyfriend. Unfortunately, they broke up after three years of relationship.

After the split, Justine became afraid of commitment. She even took it to her Twitter in 2018 to joke,

Also, during her high school, Justine had a crush on a girl from her French class. They sat next to each other but never talked. And that’s it! End of the story. Her possible girlfriend never came to be.

Before You Go: Abby De La Rosa Wikipedia: Net Worth, Who Is She, Age