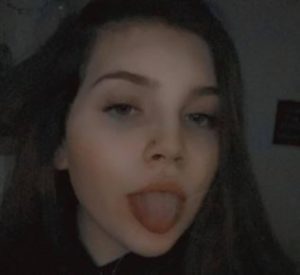 The wait is over people! 16 and Pregnant came back for its 7th installment, bringing you five new faces — Abygail, Kyla, Selena, Shelby, and our star of the article, Taylor Luck. Like always, the show followed the story of these five new pregnant teens for five weeks as they each became first-time mothers.

Keep reading this wiki to learn all about one of the new moms, Taylor Luck.

Unfortunately, her birthday wasn’t shared. Thus, we couldn’t establish her zodiac either.

Taylor Luck was born to parents Corey and Tina Luck, who were married on 15 May 1999.

Her father, Corey was a big pig lover and it’s no surprise that he owned a pig farm. Over his 2020 birthday (i.e. on 10th June), Taylor and her siblings got him a cake with a pig (artificial) that oinked on it.

As for Taylor’s mother, Tina hails from Middleton, Wisconsin, and was living with her husband and kids in Prairie du Sac, Wisconsin. She attended Middleton High School and was working as the front-end manager at Sauk Prairie Market in 2021. Before that, she was a Center Director at Faith Day Center for almost a year.

Though Taylor was always a good child, her parents were disappointed in her after she got pregnant with her ex, Armani. We hope that her parents will find a way to forgive her and hold their grandchild someday.

Talking about her siblings, Taylor has two brothers. One of them is named Logan Luck who lived in Prairie du Sac, Wisconsin. He turned 22 years of age on 6th April 2020.

Also, Taylor might have a sister who often appeared over her family pictures.

In 2021, Taylor resided in Sauk City, Wisconsin, not far from her hometown Verona, Wisconsin.

Before March 2021, Taylor was present over Facebook @taylor.luck.378. She rarely uploaded her pictures or posts.

Mentioning her distinct features, Taylor has a mole on her right nose and a triangular face.

The new mom, Taylor Luck was working at the same convenience store where her mother was working as the front-end manager. The supermarket was named Sauk Prairie Market and was located at 645 3rd Street Prairie du Sac, WI in 2021.

Aside from her time on 16 and Pregnant, it seemed that the convenience store was the only job she had then.

Reportedly, Taylor was paid around $5 thousand per episode on 16 and Pregnant.

In light of her education, Taylor was a class of 2020 graduate of Sauk Prairie High School. Also, she attended the Wisconsin National Guard Challenge Academy at Fort McCoy for more than five months beginning in July of 2019.

Taylor Luck welcomed a son on February 16, 2021, and the baby’s father is her ex-boyfriend named Armani.

According to MTV, Armani blocked Taylor over all of his social media, and never replied to any of her texts a week before Taylor found out that she was pregnant. So, it didn’t seem like the baby father was running from his responsibilities, rather the break up might have occurred for a different reason.

Now, that Taylor was in a new relationship, and a new mother, she wanted Armani to be an active part of their baby’s life. So, as the show goes on, we might see Armani over the screen pretty soon as well.

Soon after Taylor Luck broke off with Armani, she found support in Armani’s friend Desmond Townsend, and they started dating. Over FB, they shared that they were in a relationship with each other since 28 August 2020.

Also, Desmond mentioned that he wanted to be a stepdad to Taylor’s son. 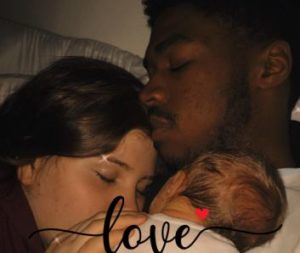 Desmond summarised himself as an 18-year-old guy (in 2021), who likes football, basketball, baseball, cheer, and wrestling. Find him on snap @townsend2002201.