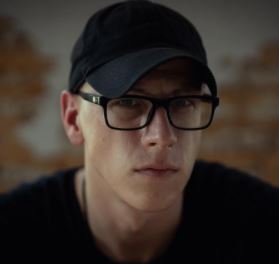 Tanner Wiseman is popular for his work in the popular series Destination Fear. But who he is and what’s his career background, has still been a question to his followers.

To know more about Tanner, his family, his actual job, his relationship with and Dakota and Chelsea Laden, subscribe to the article!

Tanner Wiseman had not revealed many details on his age and zodiac until his best friend wished him on his birthday in late October 2020. Thus, his late October birthday confirmed his zodiac to be Scorpio.

Also, reportedly Tanner was born in the year 1992, which turned him 28 years in age.

Tanner Wiseman is yet to reveal details about his family. However, he keeps sharing pictures of his family members on social media.

Talking about Tanner’s early life, the man grew up alongside his sister in their hometown back in Lakeville, Minnesota. Both, his mother Mary Kiwis Wiseman, and his sister, Tianna Wiseman is on Instagram too.

Very early in his life, Tanner discovered his passion. So, to know his journey towards success, keep reading!

As seen in his on-screen appearance, Tanner Wiseman is quite tall in height. He stands 6 feet 3 inches tall and is about 98 kgs when it comes to his weight.

Tanner has got dashing looks and appears serious in his business. Besides his intriguing outlooks, it’s his head that has drawn the public attention.

Tanner mostly covers his head in a cap when he appears on his show. So, many people wondered how he looked with hair. 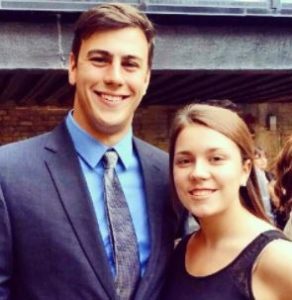 It’s a picture, Tanner shared in 2014, while he and his sister attended their cousin’s wedding.

Obviously, as a celebrity, his professional life more out in public. But, addressing the interest of his fans, he sometimes posts pictures of his family times on his Instagram.

Tanner had more than 26.7K followers on Instagram until late December 2020. Similarly, talking about his Twitter, over 16K people had already followed him during the same time.

Tanner Wiseman went to Augsburg College for his Bachelor’s level education. He received a Marketing degree from the college and continued to work in different sectors of sales and marketing.

Tanner is popular for his work in Destination Fear, but his work for various marketing companies has been commendable.

In the year 2011, Tanner joined Wise Choice Construction Inc. as a Sales Associate and Logistic Manager. He worked there for nearly 3 years and then later started working as a Director’s Assistant at Travelling Picture Show Company.

In between, Tanner was also in terms of a Sales Associate for Sports Authority. Leaving his job at Sports Authority and Travelling Picture Show Company at the same time in August 2014, Tanner went to join Yeadon Fabric Domes Inc as an Account Executive.

Tanner has been relentlessly working in filmmaking as well as his for his job as an Account Executive. He is recognized for his work in the 2008 series Ghost Adventures, the 2016 movie Trail to Terror, and also the 2019 series Destination Fear.

All his work has got great reviews and ratings from the experts and viewers.

From his job as an Account Executive, Tanner Wiseman might get an average salary of about $60K per year. Thus, all in all, he had a net worth of $300 thousand from all his work.

Fans have seen Tanner Wiseman and Chelsea Laden working together from the very start. This does not at all conclude that Chelsea is Tanner’s girlfriend.

So, saying that they are girlfriend and boyfriend, or husband and wife would be a dishonor to the pure friendship they have.

Besides, some of Tanner’s past tweets clarified that a lady named Hannah Ann might have been his girlfriend in the past.

He neither addressed the subject nor spoke anything about his relationship. So, until he speaks up in the public regarding the issue, there no assurance of any rumors about his girlfriend.