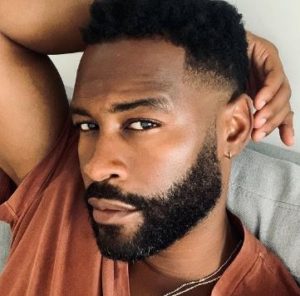 After the actor Justin Marcel McManus’s appearance on Power Book II: Ghost, he turned heads of those who didn’t know him before this. He is a man of many talents working as an actor, photographer, and model.

Delve into this wiki-article that brings you the information on the actor based on the show.

Based on his date of birth, Justin secured Aquarius as his zodiac sign.

Justin Marcel McManus was born to his father Curtis McManus and his mother Angela McManus. Even though he and his parents hailed from their hometown of New Jersey, the family later moved to Indiana where Justin spent a large part of his childhood.

Curtis McManus started working in the housing projects of Newark. Later he became a pharmacist dedicated to serving the less fortunate in his community and beyond.

His philanthropic work also includes him traveling to Haiti to serve the Haitian people.

More about his brother: Alex attended and graduated from Indiana University. He studied physical therapy at Trine University Rinker-Ross School of Health Sciences.

Moving on, Justin earned recognition as a baseball player. His love for baseball never scathed and went on playing even when he was at the University of Dayton.

It truly wouldn’t be an overstatement to announce Justin Marcel McManus looks somewhat like the legendary singer Marvin Gaye. The fact that his side profile resembles Marvin is one of his distinct features.

According to Justin’s actor profile on BACKSTAGE, he stands tall at the height of 6 feet (1.82 meters). Whereas, the actor weighed almost 175 lbs or the equivalent of 80 kilograms.

Moreover, Justin’s public profile flaunts a total of 547 followers as of this writing.

Justin Marcel had no plans to pursue a career in acting initially. However, after graduating from college, he took the opportunity that arose which led him to move to New York.

Though hesitant to be in front of the camera, still he got himself posing for an extra buck that he could make.

Justin was scouted while he was working in Abercombie and Fitch situated on 5th avenue. He went on to sign contracts with Ford Models afterward.

Along with modeling and acting, he decided to pick up photography as a career. After working as a model for four years, he decided to work behind the lenses.

The photography worked as his creative outlet and went on to indulge himself in editorial and fashion shoots for different magazines.

Joseph Abboud, who is a fashion designer for men, is noted to be his biggest client to date.

Juggling photography, modeling, and acting was a piece of cake for the Indiana-based actor. He brushed up his acting skills after taking classes and has been recognized widely ever since.

Justin also went on to become a lifetime member of the Actor’s Studio in New York City. He has been working in TV shows starting from 2016 and is thriving ever since.

The actor also worked alongside Queen Latifah landing the role of Omari in Fox’s Star.

As of this writing, Justin Marcel McManus is estimated at almost $300 thousand in net worth.

As of 2020, Justin Marcel McManus was in a relationship with Cyndi Sade. A New York-based model, Cyndi signs with Bella Agency.

Along with modeling, Justin’s girlfriend, Cyndi is also an actress who appeared on a TV show titled #LoveMyRoomie (2017-2021). As suggested by Cyndi’s Instagram, the pair started seeing each other around 2019.

However, the frequency of the couple appearing on each other’s Instagram had slowed down at the time of penning this piece.

Is Justin Marcel McManus Married? Very unlikely, unless he was hiding his past entanglements and marriages behind the backdrop. So, the fans were yet to see Justin with a wife and kids.