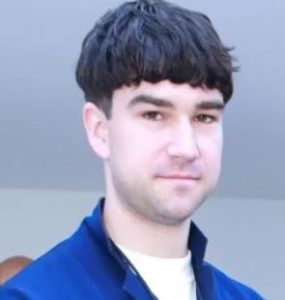 The star of this article is Sinisa Mackovic. Continue reading and find out more about him.

A celebrity by romantic association, Sinisa Mackovic shot to the international limelight as the partner of “American Horror Story” actress Chloe Sevigny.

As it does with every public figure on the rise, the fans seemed to have taken quite an interest in Sinisa’s wikis.

In summer 2020, Sinisa Mackovic turned 39 years of age. Born in 1981, he and his biological family are originally from Zagreb, Croatia. Thus, he reportedly holds Croatian nationality.

A Leo by Sun sign, Sinisa celebrates his birthday on 21 August every year. Athletes Usain Bolt and Robert Lewandowski are his B-Day pals.

Because Sinsa didn’t own a Wikipedia page or an official bio, details on his educational background and parents were difficult to locate.

What Does Sinisa Mackovic Do? His Job, Height, Net Worth

As of 2021, art aficionado Sinisa Mackovic held a job title of a gallery director at the New York-based “Karma.” He joined the institution in May of 2011.

Sinisa’s salary at “Karma” evaded public comprehension. Thus, the status of his net worth remaining “pending” shouldn’t come as a surprise. In contrast, Chloe Sevigny flaunts $8 million net worth.

Chloe may surpass him in net worth, Sinisa edges her in height. While the “Bloodline” actress stood five feet & eight inches, he stood an inch or two taller.

According to a report by TMZ, Sinisa Mackovic and Chloe Sevigny began dating sometime in the year 2018.

After going public with their relationship, Sinisa and Chloe were photographed engaging in PDAs numerous times. 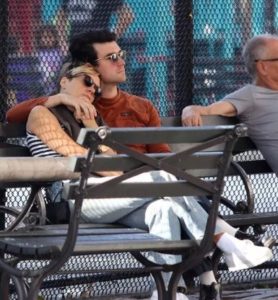 Little less than a year into their dating life, Chloe became pregnant with their first child. However, the public was unaware of Sinisa becoming an expecting dad until early-January 2020.

Per TMZ, Sinisa and Chloe’s first baby was due in Spring 2020.

News of the baby bliss spread like a wildfire when Sinisa cradled Chloe’s bump during a night out in New York.

On 4th May 2020, Sinisa and Chloe welcomed their first child together. Speaking to numerous publications, a representative confirmed the baby news. However, the source didn’t immediately reveal the baby’s gender.

On 9th March 2020, Sinisa and Chloe eloped. However, the couple didn’t share the news until a year later. On their 1st wedding anniversary, Chloe took to IG and shared a photo from their big day. In an accompanying caption, she wrote— Married on a Monday, March 9th, 2020. Happy one-year anniversary my love.”

According to Chloe’s post, she and Sinisa tied the knot at the City Hall NYC.

Between 1994 and 1997, Chloe was in a relationship with American filmmaker Harmony Korine.

Born in Massachusetts, Chloe Sevigny rose to fame starring in the 90s art-house movies like “Psycho” and “Boys Don’t Cry.”

For her acting performance in “Kids,” Chloe bagged an Independent Spirit Award. Moreover, her work on “Zodiac” and “Bloodline” also received acclaim from fans and critics alike.

Early in her show-biz career, Chloe enjoyed a stint at “Sassy Magazine.” What’s more, her background in fashion and design is well-documented.

Another One: Natalie Halcro Wiki, Net Worth, Husband, Before, Siblings