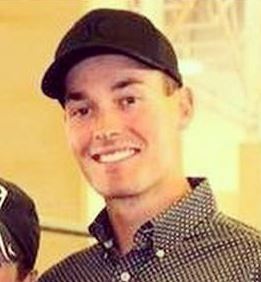 Scott Weiss is the Chrome Model Search 2015 grand-prize winning cowboy, who was more popular for being the husband to Terry Bradshaw’s daughter, Erin Bradshaw.

He appeared on the E! reality show “The Bradshaw Bunch”, alongside his wife, Erin; captivating the viewers with his Western charm.

But while the show revolved around Terry’s life, Scott remained a mystery to many. So, here we are letting you in on the insides of Scott Weiss along with this wiki-format article.

Scott Weiss celebrates his birthday on July 20. As for his age, he was either in his early or mid-30s in 2020. That makes him older than his wife, Erin who was 31 then.

Also, for Scott’s birthday in 2017, Erin took it to Instagram to express her love for him. She wrote,

“Happy Birthday to the man that makes me feel like a princess! Love you baby!”

Corresponding to his birthday, Scott is of Cancer zodiac.

Scott Weiss was born and raised in his hometown Johnston, Lowa, and spent most of his early life around farms and horses.

Reportedly, it was his uncle, Jim Wilson, who first introduced Scott to horses. He recalled that Jim would often invite him and his brother, Nick, to ride with him at his farm.

“We didn’t know much about the show world, but my brother and I both had the itch for horses. We just loved them, I’m grateful to my Uncle Jimmy for giving me that opportunity.”

By the age of 10, Scott and his brother were already participating in local saddle club events and at open shows.

As for his distinct features, the most noticeable thing about him would be his Western looks. He dressed Western almost every day and admitted to loving all of the Cinch outfits. His favorite shirt was a “red-and-black Cinch shirt”.

Trivia: He is a lot taller than his Erin who stands a little above his shoulders.

Also, find him on Facebook @scott.weiss.735. Over here, Scott filled it with pictures of his Jeep. He seemed passionate about his ride.

Talking about his job, Scott Weiss is a name that was well-known in Pilot Point, Texas, as a top horse trainer.

However, Scott stumbled upon this career. Reportedly, he was pursuing a Biology degree with a goal of following in the family tradition of Pharmacy.

But, a year into college, while visiting Jay Starnes, he was asked if he ever considered becoming a horse trainer. And that was a pivotal moment in Scott’s life, leading him to reconsider his future.

He left college and began training horses with Jay in South Carolina. Soon after, he moved to Texas to work for Rusty Green for almost three years.

Furthermore, he also worked for the respected trainer, Jeff Cochran.

After gathering lots of experiences, Scott Weiss started a Show Horses in Aubrey, Texas that produced 10 to 15 foals each year, and a select few were chosen to develop within his own program.

According to the Texas data, an average horse trainer salary was around $32,869per year. Thus, Scott Weiss’s net worth was estimated to be around $400 thousand in 2020.

Scott Weiss married the love of his life, Erin Bradshaw in May of 2017.

Their wedding was held at the Milestone-Morgan Creek Barn in Aubrey, Texas. And big names from the horse Industry like Ted Turner, Luke Castle, The Greens, and The Roberts attended the ceremony.

And why would they? Afterall the couple was a renowned name in the business. Moreover, Erin was even a world champion equestrian.

Also, she was a 2017 Chrome Model Search finalist as well.

The horse masters, Scott, and Erin together gave birth to another horse elite, Scott Weiss. Yes, their kid was a Multiple APHA/NSBA World and Reserve World Champion.

Dustin Hughes was probably the only person disliked by Terry Bradshaw who was related to the Bradshaw family....

Noah Hester is a name attached to the Bradshaw family from E! reality show, The Bradshaw Bunch. Being married...