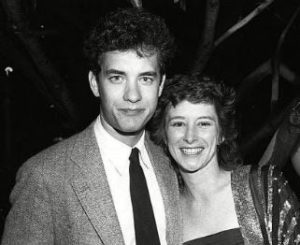 In March 2020, reports surfaced that legendary actor Tom Hanks and wife Rita Wilson had contracted the Coronavirus while filming in Australia. With the news, there was a spike in public interest in the “Forrest Game” actor’s past relationships. His tumultuous first marriage to late Samantha Lews, in particular, stood out.

By reading the article below, fans can delve into Samantha’s wikis and explore her cause of death, relationship with Tom and filmography. The piece also touches on several claims made against the “Saving Private Ryan” by Samantha in her book.

How Did Samantha Lewes Die? Cause Of Death

Survived by kids Colin and Elizabeth Hanks, Samantha predeceased her mother. Harriet Collins Dillingham, her mom, passed away in 2014 after suffering a stroke. Her father John Raymond Dillingham, meanwhile, died in 1981.

Discover: Ric Ocasek’s Cause Of Death, Wife, Net Worth, Children

On 29th November 1952, Samantha Lewes was born in San Diego California. She spent her childhood all over America, living in places like North and South Carolina, Hawaii, Florida, and Virginia.

Hailing from a military family, Samantha grew up alongside her three siblings: Michael, Bruce, and Eric. John Raymond Dillingham and Harriet Collins Dillingham are the Dillingham siblings’ parents.

From 1941 to 1967, the Dillingham patriarch John served in the US Marine Corps. He and Harriet married in 1942 and divorced 20 years later. Following the split, the Dillingham matriarch worked as a teacher.

Susan Jane Dillingham was her real name. Samantha Lewes was a mere stage moniker she adopted for movies. Per her IMDB page, she starred in two projects: 1981’s “Bosom Buddies” and 1984’s “Mr. Success.”

Samantha Lewes and Tom Hanks were childhood sweethearts. By the time they got married in 1978, the pair were already parenting Colin Hanks (b. 24th November 1977). Of all Hanks scions, Colin is dubbed the most successful.

Four years into their married life, Samantha and husband Tom welcomed a daughter. They named her second child Elizabeth Hanks. Elizabeth’s arrival couldn’t save their marriage. As a result, the duo finally divorced in 1987.

While still married to Samantha, Tom got acquainted with future wife Rita Wilson. Tom and Rita would marry in 1988 and become parents of two children: Truman and Chet Hanks.

Tom never shied away from accepting his shortcomings in his marriage to Samantha. A biography on Samantha published after her death by David Gardner tackled the very subject. In it, David claimed that she accused the “Cast Away” actor of harassing and abusing her.

David’s Book “The Tom Hanks Enigma” also alleged Samantha sought a restraining order against Tom. Per the book, she accused the “Sleepless In Seattle” actor of forcing her into depositions when lead roles were presented to her.

Samantha Bryant is an American actress, production assistant and publicist. She is best known for her work on...