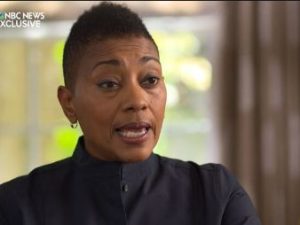 At age 48, “The Prom Queen of Soul” Whitney Houston passed away in 2012 after a drug overdose. In Summer 2019, her buddy Robyn Crawford promised to release a memoir titled “A Song for You: My Life with Whitney Houston“ detailing the couple’s long suspected romance.

Days before the stated memoir’s release date, Robyn Crawford broke the silence on her rumored lesbian romance with Whitney Houston.

Talking to NBC News, Robyn shared that she met 16-year-old Whitney at a community center in East Orange, New Jersey in 1980. Over time, the duo’s friendship turned romantic and physical.

According to Robyn, things between her and Whitney wasn’t planned at all. It had all begun with a simple kiss. The two ended up sleeping together.

Two years into their low-key love life, Robyn and then-girlfriend Whitney’s relationship began succumbing to family pressure. Plus, there was the singer’s musical career to consider.

When Whitney landed a record deal, Robyn took on the position of an assistant. But she severed the professional ties in 2000 after falling out with the “I Will Always Love You” crooner’s husband Bobby Brown.

Speaking to The Guardian after the release of “A Song for You: My Life with Whitney Houston,” Robyn insisted that her relationship with Whitney was intimate on so many different levels.

When quizzed about her decision to publish the memoir by BBC’s Mark Savage, Robyn replied by saying:

“Believe me, I’ve done my best to stay out of the spotlight [but] I believe it is my duty to honour my friend and to clarify the many inaccuracies about myself and about who Whitney was.”

Moving away from Whitney Houston and the singer’s camp, Robyn Crawford crossed paths with her future wife Lisa Hintelmann.

Following a blissful dating period, Robyn and partner Lisa started living together and eventually tied the knot. The gay couple then adopted twins to further solidify their married life.

To those unfamiliar: Lisa spearheads the Talent and Entertainment Partnerships at “Audible Inc.” A Boston College alum, she boasts stints at “GQ,” “Esquire Magazine” and “Elle UK Magazine.”

As of now (February 2020), Robyn and her wife Lisa lead an extremely secretive married life with their children as the foursome resides in New Jersey. 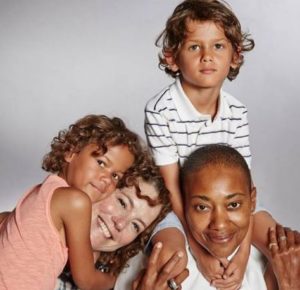 Working as a part of the miscellaneous crew, Robyn boasts industry credits in two movies “Waiting to Exhale” and “The Bodyguard.” Both flicks starred Whitney Houston as a lead.

Robyn first earned a producer credit in 1997 for her work on the TV show “The Wonderful World of Disney.”

In the 2017 documentary “Whitney: Can I Be Me?” Robyn offered startling commentary on the late singer’s bisexual roots. She promised similar insights while announcing her memoir “A Song For You: My Life with Whitney Houston.”

Long before the said book was released, experts expected it to make the best-sellers list. Undoubtedly, income from the sales was going to cement her now-growing net worth.

Concerning her education: Nobody knows what high school Robyn attended. There lacks no official confirmation on whether she enrolled in college or not.

Robyn Crawford’s enigmatic presence extends to her family background as well. Info related to her siblings and parents is as elusive as they come.

Since Robyn was childhood friends with Whitney Houston, she is probably the same age (mid-50s) as the late soul singer. Had the latter survived the fatal overdose, she would have celebrated her 56th birthday on 11th February 2020.