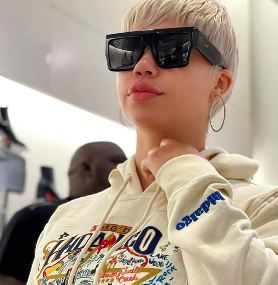 Renni Rucci is the second name who signed up for VH1’s Love and Hip Hop: Atlanta. Furthermore, she is best known as a femcee hailing from South Carolina.

Learn more about the rapper with this Renni Rucci Bio where we bring details on her surgery, net worth, and boyfriend.

Rene Rucci was age 29 as of June 2020. She celebrates her birthday on 2 October which is the same day as singer Sting. Furthermore, she secured Libra as her zodiac sign.

Renni Rucci, real name Courtney Rene, was born to an Irish father and African-American mother in Irmo, South Carolina, the United States. This made her a woman of mixed ethnicity. In March 2012, Renni tweeted, “my dad white my mom black…im more ashamed of his race for a lot of reasons”

One time she wrote, “Support was something I didn’t have a lot of my father cut off communication with me when I found out I was pregnant with my son because I wouldn’t agree to giving him up for adoption and my mom and I had a very toxic relationship we trigger one another in the most negative ways.”

Nevertheless, Rene never missed the single birthday of her mom that fell on 11 November, i.e. 11:11.

She never shared any details on her possible siblings.

Renni Rucci stands tall at a height of 5 feet 5 inches (1.65 meters). In 2021, Renni addressed questions about her surgery which has since been deleted. However, The Jasmine Brand shared the snaps of her tweets on its website.

She wrote about physical alteration and freedom to do anything they wanna do with their body. Renni also talked about the gym not fixing everything. One user asked why’d she get her hips done if she was curvy?

To which, Renni replied that her hips weren’t round enough so she decided to go under the knife. Plus, since she was a stripper, it helped her make more money. She also discussed getting a tummy tuck and the phantom itches after the operation.

The Hands on Ya Knees songstress revealed surgery was done that was related to breast augmentation, lipo, and hip dips done.

Renni Rucci is extremely popular in the top three social media platforms used all over the world. Her Instagram account garnered 1.3 million followers. However, she only uploaded 20 posts as of this writing in June of 2021.

Furthermore, Renni is also on Twitter where she has 121.3k followers in total. Furthermore, she tweeted 89k times on her platform and is active regularly.

Likewise, Rene is also on Facebook where she flaunted 129k followers. She updated her Facebook last time in December of 2019.

Renni Rucci sits on a total net worth of $600 thousand.

Starting with her name, Renni Rucci, adopted her name from ‘Rene’ her middle name, and rhyming word of Gucci for a finish.

Speaking about the start of her music career, Renni was inspired by her baby father to pursue music as her career as he rapped himself. In the interview with Vibe, she stated, “My kids’ dad used to rap. I was only 15 or 16. He set up a little room, cleared everything out of the back, and I would sit there and hit record and stop. One day, I said, ‘I want to do a song with you.’ I wrote a verse, and it sounded really great. Then he went to prison and I never did another song after that”

But Renni again did find herself in the studio in 2019. And, rapping has been with her ever since, despite a few odd jobs. Some of her hottest singles were Talk, Can’t Be, Hands On Ya Knees, Money, Solid Bitch, and a few others.

Rennie signed with Quality Control within six months of getting serious with her music. She also received phone calls from G.O.O.D Music and Roc Nation.

Hand’s On Ya Knees has over 3.4 million views on YouTube as of June 2021. Whereas, Fuck Em Up Sis has 8.4 million plays on her Spotify. She released two albums Big Renni in 2019 and QuickTape in 2020. She is also on YouTube with 281k subscribers in total.

But, before her music career took off, Renni was working as a stripper. She had two kids; a son and a daughter and she had to look after them. She interviewed with Big High Atl where she mentioned making $15k in one night. But, she knew she had to change and music was her way out.

Rene Rucci is also on OnlyFans which contributed to her net worth.

Renni Rucci has two kids a 12-year-old boy and a 10-year-old girl from his previous relationship as of this writing. But, after her relationship with her baby father hit the rift, she got indulged in new relationships.

Renni is working hard to balance her career in music with raising her kids. Having kids at a very young age, she had to figure it out herself. She talks with her kids about the music that she and others make before anyone else does. 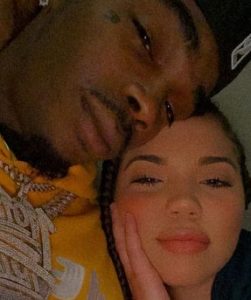 As for other relationships, Renni Rucci was also involved in rumors about being involved with Bankroll Freddie and NBA Player Sindarius Thornwell, Foogiano, and Trey Songz.

There was even a clash between Renni’s boyfriend, Foogiano, and Trey Songz back in March of 2021.

Foogiano, signed to Gucci Mane’s label, was behind bars at the time. The tapper sent strongly worded messages from jail after he found Trey Songz shared an Instagram post of scantily clad Renni Rucci.

While Foogiano threatened to slap Trey, the Already Taken singer didn’t take the warning seriously. The period of her relationship is yet to be known. On 7 June 2021, she wrote on her Instagram, “miss you @foogiano 😔” on a video of him which she posted on her IG.

0 Replies to “Renni Rucci Bio: Before Surgery, Net Worth, Boyfriend”