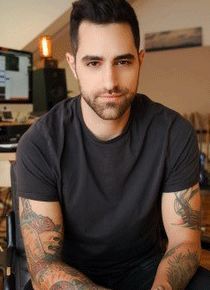 Paul DiGiovanni became a married man on 12th October 2019. He and then-fiancee Katie Stevens tied the knot outside of Nashville.

On the big day, the “Boys Like Girls” member rocked a navy-colored custom “BJ Gray of Grayscale” suit. On the other hand, “The Bold Types” actress looked stunning in a long-sleeved Flora wedding gown.

Martin Johnson and John Keefe were Paul’s groomsmen. Fahy and Betty Who, meanwhile, sang to his wife Katie when she walked down the aisle. 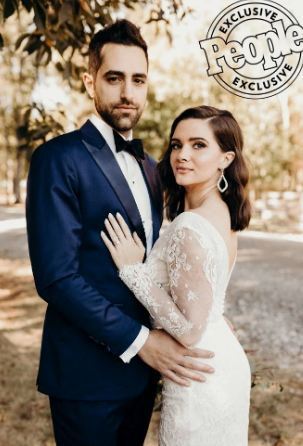 The news of Paul DiGiovanni and wife Katie Stevens getting married arrived 20 months after their engagement.

On 2018 Valentine’s Day, Paul had popped the big question to then-girlfriend Katie. An exuberant Katie broke the news via Instagram.

Paul and Katie first began dating in the summer of 2014. By the actress’s admission, she knew that they would get married one day within months after their first date.

Based in Nashville, Paul DiGiovanni is a revered songwriter. He gets best recognized for his contribution in Dan + Shay’s #1 single “How Not To.”

Paul’s introduction to the music industry was through “Boys Like Girls.” Performing as the band’s lead guitarist and backup singer, he helped churned several chart-topping songs including “Two Is Better Than One,” “The Great Escape,” “Thunder,” “Hero/Heroine,” and “Heart Heart Heartbreaker.”

Both of Paul’s solo and group musical endeavors contribute immensely to his seven-figure net worth.

Paul DiGiovanni turned 31 years of age on 19th January 2019. A Leominster, Massachusetts-native, he is a Capricon via birth sign.

Per his date of birth, Paul celebrates his birthday on the same day as gymnast Shawn Johnson does.

Going by his tweets, Paul shares a formidable bond with his father. Sadly, there are no public records of his siblings.

With regards to height, Paul stands beyond the six feet and two inches mark.