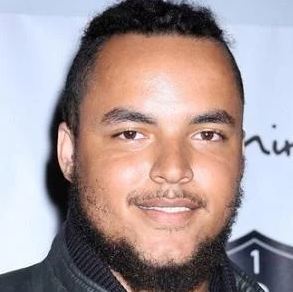 Connor Cruise is the adopted son of Tom Cruise and Nicole Kidman. His adoptive parents had reportedly brought him and older sister Isabella into their lives to save their marriage.

Delve into Connor’s wiki to learn riveting facts about him.

Connor was four-month-old when Tom Cruise and Nicole Kidman adopted him and his older sister Isabella Cruise. Info about his biological parents evades public knowledge.

He grew up believing his adoptive parents were his actual mother and father. Tom and Nicole justified his skin color as a trait that he inherited from the latter’s Australian ancestors. He bears all the physical features of a man belonging to African-American ethnicity.

Connor shares a tumultuous relationship with both adoptive parents. He allegedly resented Nicole for not making enough effort to gain his custody. Meanwhile, he reportedly accused Tom of favoring half-sister Suri Cruise more than him.

Besides Isabella and Suri, Connor is siblings with half-sisters: Sunday Rose and Faith Margaret (Nicole and her second husband Keith Urban’s children).

Homeschooled by an aunt, Connor Cruise finished his high school education at a Scientology School. As a teenager, he didn’t agree with the beliefs spread by The Church of Scientology. With a change of heart in his 20s, he turned into a Scientologist.

As a kid, Connor wished to become a pilot. As a result, he frequented numerous flying clubs. At the same time, he became infatuated with acting.

By the time he reached his mid-teens, Connor developed an interest in DJing. Ultra Records released his first official single “Feed Me Diamonds.” In subsequent years, he collaborated with artists such as The Veronicas, Andy Caldwell, and The Black Eyed Peas.

After a blissful dating period that lasted 18 months, Connor and then-girlfriend Phylicia broke things off in 2017. Religious differences caused them to split.

After Phylicia, Connor began dating childhood friend Lillie Parker. The romance, however, was a short-lived affair.

He was also romantically linked with Tajikistan model Karina Komil.

Circa 2018, Connor Cruise found a soulmate in Silvia Zanchi.

Handpicked by Tom Cruise himself, Silvia is a second-generation Scientologist who is originally from Italy.

During the early stages of their romance, Connor wooed Silvia by taking her on expensive dates and romantic trips. By 2019, they were engaged. 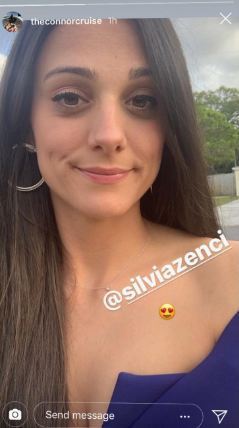 In March 2019, Connor finally confirmed his romance with wife prospect Silvia via Instagram. With the revelation, his tumultuous relationship with his mother resurfaced. Per reports, Tom banned Nicole Kidman from attending their son Connor’s wedding.

Once upon a time, there was an enviable love story of Tom Cruise and Katie Holmes and an enviable child born...