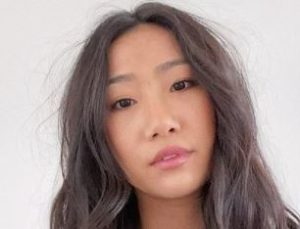 Do you like martial arts? Well, you’re in luck. CW’s new series, Kung Fu has all the action you need, and its lead, Olivia Liang just might be your new favorite star.

The show was inspired by the 1972 series Kung Fu starring David Carradine but featured its own twist and turns. Olivia who portrayed “Nicky Shen” joins a monastery in China where she learns Shaolin values and martial arts. Later, as her mentor is killed, she returns home to protect her neighborhood and family.

Keep reading this Olivia Liang Wikipedia to learn more about her.

As per her birthday, Olivia is a Taurus.

Olivia Liang is the savior of her hometown San Francisco, over Kung Fu. When she returns home, she learns the bitter truth that the town was overrun with crime and corruption, and her own parents, Jin (Tzi Ma) and Mei-Li (Kheng Hua Tan) were at the mercy of a crime group.

So, she works alongside her tech-savvy sister Althea Shen (Shannon Dang), and brother Ryan (Jon Prasida) to fight off the gangs.

Many often confuse Olivia and Shannon to be siblings in real life. But, they are not.

Talking about Olivia’s ethnicity, she is a Chinese-American, and she is proud of it. On Dec 23, 2020, Olivia took it to her Twitter to write,

“I f**king love being Chinese.”

Her ethnicity is the same as her on-screen character “Nicky Shen”.

Did you know: Kung Fu arrived amid an alarming spike in anti-Asian racism, focusing on victimized Asian-American people. The show’s writer and producer, Christina M. Kim shared, “Certainly, our show is not the solution, but I hope that we are a part of the solution.” Also, she added, “Our show just is really necessary right now, to humanize the Asia- Americans in the world.”

As of April 2021, Olivia entertained 31.3K followers over Instagram, and 12.7K followers over Twitter. Her posts featured a variety of contents — from promotions to flowers to food to quotes, and many more.

Mentioning her distinct features, Olivia has dark eyes, little freckles over his cheeks, and was fond of earrings.

Since “martial arts” was such a common thing for Asian actors to have on their resume, Olivia Liang “promised” to herself that she wasn’t going to learn martial arts until someone pays her to do so.

And Olivia kept that promise. She learned martial arts after being cast as the lead for Kung Fu, and CW paid for it!

Reportedly, Olivia was chosen for the lead, after auditioning over 150 young actresses.

According to Christina M. Kim (show’s writer and producer), she knew that she needed two key ingredients: “a charming/ athletic actress and a revered Asian-American actor,” and Olivia had it all.

Also, Christina added that her writer’s room was diverse. She had five writers of Asian descent, half of which were women.

If you just stumbled upon this actress, then you should definitely check some of her movies and TV shows like Legacies (2021), Into the Dark (202), Dating After College (2019), and Handle with Care: A Holiday Story (2019).

Also, she once appeared over Grey’s Anatomy in 2018 as a “Teacher Assistant.”

In light of her education, Olivia is a UC San Diego class of 2015 graduate.

Call her trivial, but Olivia Liang never was interested in online dating before 2019. She shared that had a boyfriend before “Tinder became a thing” and then she never got around to it. However, she was curious about how many swipes she would get if she ever had an account.

As of April 2021, Olivia shared nothing about her relationship status. But she did tag the actor Eddie Liu as her “work husband and fight partner” over her Twitter.

Just in case you are curious, her on-screen ex-boyfriend from Kung Fu, “Evan” was portrayed by Gavin Stenhouse.