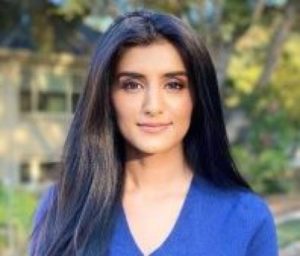 Meet Nikhita (Nikki) Iyar, as she planned her big day with her groom Mukund Chillakanti on Netflix’s Valentine’s Day addition— The Big Day.

The documentary series dropped on Feb. 14, 2021, featured six couples of Indian heritage as they planned their wedding day.

And below is the writing covering everything about Nikita— how long has she known Mukund, her net worth, bio, and all.

As mentioned by realitytitbit.com, Nikhita Iyar was born to her Indian migrant parents. They brought her up in San Francisco, California, the United States. And it seems, her South Indian parents are originally from their hometown of Chennai, in Tamil Nadu.

Nikhita’s father, the well-to-do tech businessman, Subrah Iyar, was born in Mumbai. He is the founded Webex, now Cisco WebEx, a company that develops and sells web video conferencing technology. Not to mention, he invested in Zoom previously and co-founded Moxtra.

For siblings, Nikhita has an older sister with the name Lena who has been married to Mukund’s fraternal twin brother Karthik.

Standing to a less than 5′ 8″ height and a lately reported weight of an average of 53 Kg, Nikhita Iyar rarely showed herself on online platforms. Anyway, the Netlfix was a good opportunity for those who wanted to see more of her.

Naturally, her hair his black and it seemed she preferred it long. Her eyes as well are of the matching shade.

Just like her beau, Nikhita also wanted to keep her personal space uninvaded. It’s a mystery in itself just how they ended up putting themselves out there on Netflix, live and candid.

She could be found on Instagram and Twitter. But both of the accounts were kept publicly private. However, unlike Mukund, she allowed more people to follow her activities.

Nikhita received her bachelor’s degree in interdisciplinary studies in Technological Innovation and Entrepreneurship (2012 – 2016) from the University of California, Berkeley. Before this from 2008 until 2011, she attended the university Stanford University’s EPGY OHS.

At the time of writing, Nikhita, also with a good command of Spanish, worked full-time at Moxtra in San Francisco Bay Area. Before working with the team of Strategic Business Development, she served in several other positions since her joining in 2013.

Also previously, she used to be an intern at NatureBox and SnapStick, Inc.

This way, as of the date, Nikhita Iyar’s net worth reportedly stood over $1 million. Supposedly, as a daughter of Subrah Iyar, she is also entitled to her family’s whopping wealth. Subrah who sold WebEx in 2007 for $3.2 billion, likely owned riches in the millions.

Nikhita Iyar and Mukund Chillakanti officially tied the knot on Dec. 30, 2019, and like all the other weddings featured on The Big Day, their’s too took place before the Covid-19 pandemic.

As seen on the show, after having an intimate temple wedding ceremony in California, the couple decided to go back to Chennai for a traditional and elaborate ceremony. Chennai because— Nikhita has always been very close to her grandfather who passed away a few years back. Sadly, Nikhita could not be there for the funeral. Now, she has her grandmother left in there. And so the thought “what happens one day my grandparents are just gone, then what’s my connection in Chennai?” is what pulled Nikki back home for her big day.

Nikhita: “coming back and doing this wedding in Chennai, it was like feeling really connected to them and building a strong memory.”

The wedding festivities, that took place in the Leela Palace Hotel in Chennai, included a Bollywood-style sangeet, live music, Alice in Wonderland-themed Mehendi, a movie night where guests walked down a red carpet, and more. 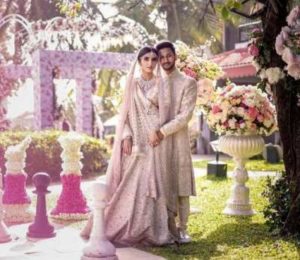 Nikhita Iyar and Mukund Chillakanti, the bride and grrom from The Big Day (PIC: thebigdaynetflix’s IG)

Later, the bride and groom exchanged vows at the Radisson Blu Resort Temple Bay which is a celebrated exotic resort in Mamallapuram on the Bay of Bengal.

Mukund popped the question a year after they started dating. When Mukund’s twin sibling was getting married to Nikhita’s sister, Mukund and Nikhita took dance classes together (for the wedding) and grew closer.

One Reply to “Nikhita Iyar Bio: The Big Day, Net Worth, Mukund Chillakanti”