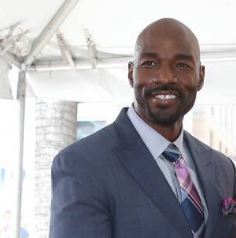 As part of the settlement, Jay would receive the payment of around $185k from his former spouse. Additionally, he kept the 2011 Ford F-150 truck.

Back in December 2019, Niecy had filed the divorce papers.

In a joint statement released via Instagram, Jay and Niecy claimed that they were better as friends than romantic partners.

Calling their marriage “a gorgeous ride,” the former married duo insisted on being fortunate enough to share eight years.

Jay and Niecy concluded their press release by thanking the fans for their continuous support. Admittedly, they felt grateful.

Online portals, however, painted a different picture. Reportedly, Niecy’s schedule was one of the major factors behind the divorce. So was her post-plastic surgery which allegedly made Jay uncomfortable.

The news of looming divorce arrived months after Niecy dished out an NSFW marriage advice. She told Essence that a “bj” per day kept the divorce attorney away.

Jay Tucker and Niecy Nash got married in May 2011. They did so at a ceremony held near Malibu, California.

Televised on TC, the wedding between Jay and then-fiancee Niecy was a lavish and star-studded affair. Sheryl Lee Ralph, Sherri Sheperd, Holly Robinson Pete, and Wendy Raquel Robinson were among the 200 guests at the event.

Following the nuptials, Jay, and then-wife Niecy flew to Anguilla for the honeymoon. 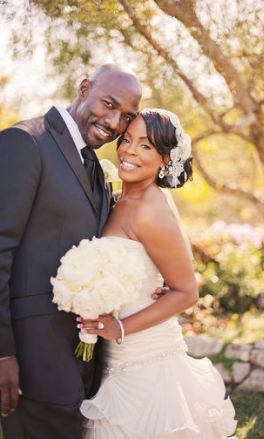 Jay and Niecy Nash on their big day (Pic – Essence)

In September 2010, Jay had popped the big question. At the time, he and then-girlfriend Niecy were dating for a year. They reportedly met at a Labor Day event.

Before Jay, Niecy was married to minister Don Nash. She and her first husband Don share three kids: Donielle, Dia Nash, and Dominic.

According to gossip online, Niecy and Jessica went as far back as to June 2018. Jessica even attended and sang at Niecy and Jay Tucker’s wedding.

Talking about their divorce in Feb 2020, Niecy shared:

“I am the most grateful because I know myself better and more fully than I ever have before. I shared the details of my journey… becoming the thing that the women in my family had yet to become… “

“I let my daughters watch me walk through the whole thing because for them, I want them to get up every single day and choose themselves [cries]. I realized that I did that thing when my daughters said to me, ‘I am so proud of you and I want to be just like you when I grow up.’ The generational curse is broken.”

Both of Jay’s biological parents were of African-American descent. Nationality-wise, he is a full-fledged American.

Talking about his height, Jay must measure above five feet and eleven inches mark.

Following the completion of high school, Jay attended Roxbury College. He graduated with a bachelor’s degree in electrical and electronic engineering.

Post-college, Jay Tucker worked for “APC-MGE” as the firm’s applications engineer. Leaving the job, he then joined “Emerson Network.”

Following a decade-long stint at “Emerson Network,” Jay then took his talents to “GE Power.” Quitting the gig, he was hired as a business development manager of “Hammond Power Solutions” in 2015.

Owning to a successful corporate career, Jay Tucker reportedly owns a net worth that exceeds $250k.