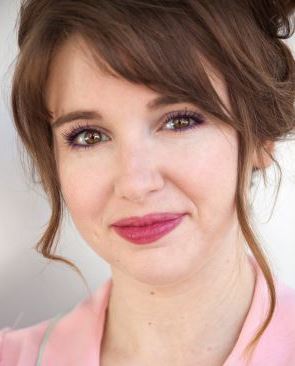 A Netflix special, Nate – A One Man Show that premiered in Nov 2020, had the audience go through a series of emotions — “humor, heartbreak, sexuality, and consent.” The hour-long drama featured Natalie Palamides as ‘Nate”; a funny, excessive stereotypical parade of masculinity.

Though the lead might be played by his female creator Natalie, it was the factor that gave the whole act, a brand new humor. With swerves and surprises, her interactions with the audience, and whimsical wits, Natalie was able to capture many hearts from the comedy-drama.

So, who is this talented star who received a 5/5 rating and praise from The Times UK? Stay till the end of this wiki-style article to learn everything about her.

Corresponding to her birthday, Natalie is of Capricorn zodiac.

With hometown Pittsburgh, Pennsylvania, Natalie Palamides comes from an Italian family of four. She was born to parents, Becky and Dale Palamides who were often seen over her Instagram.

On Fathers Day, 2018, Natalie shared a picture of her dad eating noodles and shared that her dad loves to eat. Similarly, on her mother’s birthday in 2018 (a little after mother’s day), Natalie took it to Instagram to let the worlds know — her mom aka “Spartacus” aka “the Bull”, lived up to her nickname.

A little info on her mother: Becky worked as a Business Alliance Manager at US Postal Service. She graduated from Brentwood Senior High School and went to study Public Relations and Business at the University of Pittsburgh.

Trivia: Her parent’s first reaction to seeing her in Nate – A One Man Show was — “Ur fricken naked!!! Jeez.”

The other member of her family includes her sibling, Luke who Natalie labeled as her “hot brother”. They even wore the matching jean jackets on Christmas 2018 gifted by their mother.

In light of her education, Natalie has a double major in theater and communications from the Indiana University of Pennsylvania. For her internship, she joined TBS’s “Conan” in Burbank, CA, between her junior and senior years of college.

Reportedly, her body measurements were 32-24-33 inches.

Also, find her Facebook page @nataliecomedy with around 900 followers.

After completing her education, Natalie was all set to build her career in the entertainment industry. She first performed with the Pig Iron Theatre Company in Philadelphia then moved to Los Angeles in 2012. There, she joined in with a clown troupe and moved up to an Upright Citizens Brigade comedy team.

Also, not to mention her role in Netflix’s Nate – A One Man Show (2020). Although she included aspects like “rape” into the comedy show, Natalie was careful not to trigger anyone or be misunderstood in the wrong way. For that and all her creativity, the shows revied somewhat positive reviews from many magazines.

But this wasn’t the first time she got praised for her works. Previously, won the Best Newcomer award at the Edinburgh Fringe Festival 2017 for her show, LAID.

You may like – Sarah Fuller Wiki: Boyfriend, Net Worth, Parents, Siblings

In November 2020, Natalie Palamides was spotted hiking with a man. So, this raised curiosity amongst the fans if the guy was his boyfriend or husband.

But also before this, Natalie had her fans fooled quite a few times.

In Jan 2020, Natalie started her Instagram post with the caption “I’m engaged,” with the actor/director Ian Bratschie. However, she followed the caption “to be in @whitmerthomas’ show, not to @ianbratschie. (even though we look so good together, he’s actually marrying a lovely woman named JOOLIE!) TONIGHT.”

Also, in June 2017, Natalie took it to her Facebook to post a picture of what looked like her wedding (possibly for the cameras). Her caption wrote, “our first nose smoosh as man and wife!” But in the end, it was another joke as well.

Furthermore, back in Feb 2011, Natalie tagged the voice actor Charlie Saxton as her “famous boyfriend.” She wrote,

“HEY ALL MY FOLLOWERS! Follow @charliesaxton my famous boyfriend! He’s famous, and a nice person, but mostly he’s famous…”

So, we’re not sure if the 2020 new face was Natalie’s boyfriend or husband. However, many fans claimed that he was her boyfriend.