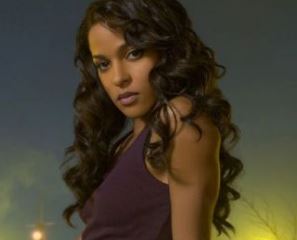 Beyond her illustrious career, Megalyn also earned recognition as the girlfriend of iconic comic Chris Rock.

Let’s uncover Megalyn’s married status, filmography, and physical qualities in the article below!

Megalyn Echikunwoke was born on 28th May 1983 to parents: Onigwe Echikunwoke and Anita Laurie. She is a native of Spokane, Washington.

About her family: Megalyn’s dad hailed from Nigeria while her mom carried American ancestry. Thus, she owned multi-racial ethnicity.

At age 4, Megalyn lost her father to liver cancer which had stemmed from the gunshot wounds sustained as a child.

Megalyn and her siblings were raised by their mother in the Arizona, Chinle-based Navajo Indian Reservation.

A gifted actress, Megalyn Echikunwoke was discovered at an arts academy summer camp. She was 14 at the time.

Meanwhile, movies such as “Night School,” “Step Sisters,” “A Good Day To Die Hard,” “Beautiful People,” “Damsels In Distress,” “Who Do You Love” and “Funny Valentines” featured Megalyn’s most notable big-screen performances.

According to several reports online, Megalyn owned $5 million in net worth.

Unsurprisingly though, Megalyn Echikunwoke boasts quite a physical attributes to match her glorious acting career.

Putting her beauty to great use, Megalyn alongside fellow celebrities campaigned for Barack Obama during the 2008 Presidental elections.

Appearing together at the Clive Davis’ 40th annual pre-Grammy Awards gala, Megalyn and Chris — boyfriend at the time — made their red carpet debut. 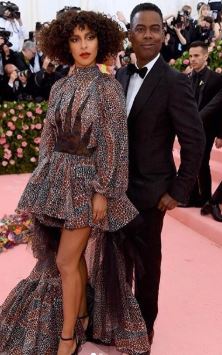 Shortly after falling for each other, Megalyn moved into Chris’ New Jersey mansion.

The almost 20 years age gap between them raised some eyebrows and even drew backlash. To their credit, Megalyn and boyfriend Chris forged an unbreakable bond.

As Megalyn and Chris got to know each other better, they grew completely smitten with their romance. Talking to PEOPLE Magazine in September 2016, the actress labeled the comedian “a very dreamy guy.”

For his part, Chris seemed impressed with Megalyn’s independence. In a 2017 Rolling Stone interview, the “30 Rock” star raved about how “she’s got her dough.”

Like every other Hollywood romance, Chris and Megalyn’s dating life came crash before the two could get married. In March 2020, reports surfaced that the pair had split months ago.

Speaking on the split, a close source told Page Six that the duo broke things off due to Chris’ unwillingness to settle down. The claim contradicted Megalyn’s past statements wherein she shared her disbelief in the institution of marriage.

Meanwhile, Chris once famously joked about not getting married even if it cured AIDS. The comic even compared the act of hiring a divorce lawyer to acquire a hitman.

Between 1992 and 2016, Chris was the husband of Malaak Compton. Together, they conceived two kids. In an ensuing divorce proceeding, the now-former married couple struggled to agree upon financial settlement and custody.

Admittedly, Chris was a bad husband. In an interview, he opened up about cheating on Malaak with three women — one of whom being a celebrity. 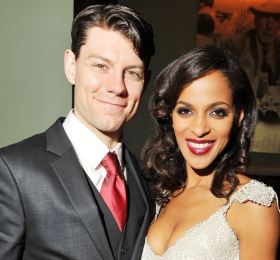 Before Chris, Megalyn was allegedly in a relationship with Patrick Fugit. Per reports online, they commenced dating in 2012 and split two years later.

The seriousness of Megalyn’s reported romance with Patrick was never known. Whether the actress intended to make him her husband or not, she didn’t reveal.