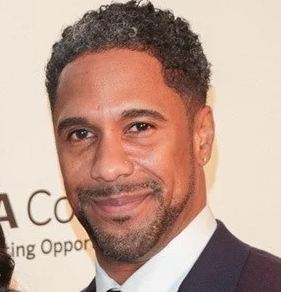 Marc Daly soared to fame as the husband of reality star Kenya Moore. Time and again, he made headlines because of his on-again and off-again relationship with Kenya.

This Marc Daly wiki sheds light on Kenya Moore’s husband including his net worth, height, and parents!

In January 2021, Marc Daly announced his split from Kenya Moore. The pair parted ways to do so after attending a mediation. He told The Root— “I will always have great care for her and look forward to amicably continuing to co-parent our daughter Brooklyn with an abundance of love and wisdom”.

9 months before Marc’s The Root interview, Kenya shared she and Marc were working on their marriage.

Back in mid-September 2019, Marc had returned to the dating scene.

Talking exclusively to PEOPLE, the entrepreneur shared that he and his wife Kenya Moore were heading for a divorce.

According to Marc, the decision to split wasn’t an easy one. Without giving reasons for the separation, he further stated that the now-estranged couple would continue to work together as a co-parent.

He ended the statement to PEOPLE by asking the public to respect the family’s privacy.

Professing equally profound sadness, Kenya pleaded with the fans to do the same during the challenging period.

The news of the duo separating came as a surprise to many. Appearing on The Tamron Hall Show days earlier, Marc Daly had labeled wife Kenya Moore “the love of my life.”

Marc and Kenya got married in June 2017 in a private resort in St. Lucia. Only a selected few received an invitation to the ceremony. which turned out to be a beachy affair.

On the day of their wedding, the businessman wore a white shirt and cream-colored pants. His bride, on the other hand, donned a dress by Pallas Couture.

Marc first got introduced to Kenya in June 2016 through Robie Ali. But the pair didn’t commence dating until December that year.

A year and a half after tying the knot, Marc and his wife Kenya got blessed with their first child. The married duo named their daughter Brooklyn Doris Daly. 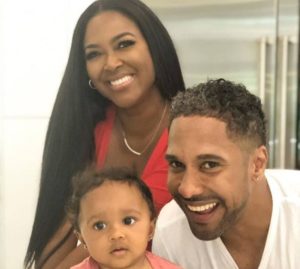 2019 marked Kenya Moore’s return to reality TV. She and Marc Daly maintained a low-profile after getting married.

Before his life as a businessman, Marc was knee-deep in the world of banking. For about a decade, he held jobs at Credit Suisse First Boston and Citibank

A Leo via Sun sign, Marc celebrates his birthday on the same day as model Cara Delevingne and YouTuber Sasha Morga.

All signs indicate that both of Marc’s parents owned American nationality while possessing African-American ethnicity.

Because Marc doesn’t own a Wikipedia page, it’s a tough ask to ascertain his education and family background.