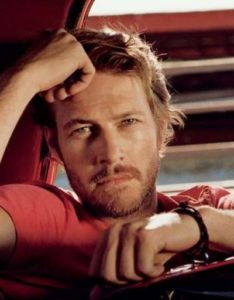 Australian actor Luke Bracey became the talk of the town for his starring role in the American romantic comedy holiday film, Holidate.

The film was released on Netflix on 28th October in 2020.

Besides, Luke is known for his work in Monte Carlo, G.I. Joe: Retaliation, The November Man, Point Break, and Hacksaw Ridge and TV shows such as Westside and Home and Away.

Here’s detailed writing on his personal life and net worth.

Luke Bracey who plays young Dawson in Nicholas Sparks’s The Best of Me, said during an interview in 2015, that his mother is embarrassed by his love scenes. He had said the matriarch can not bring herself to watch the screen when he is kissing or being intimate with a co-star.

Nonetheless, both his parents have been super supportive of him pursuing a career in acting.

About his father, he once quoted, “I grew up surfing. My dad probably put me on a surfboard before I could walk.”

During holidays including Christmas, he visits his family in Sydney. He is very close with his parents, siblings (sisters), nieces, and nephews.

Luke Bracey stands to a height of 6 feet (1.83 meters). He has this one tattoo of the sunrise he got when he was 18 or 19. Back then, every time he went surfing was in awe of the sun rising at dawn over the water. So, on a certain day, after he had a beautiful day with some friends by the beach he drew the view on a paper and thought it would be cool to have the pattern inked on him.

Luke Bracey originally wanted to be a professional rugby player, So, he went to Scots College for construction as something to fall back on.

And while attending university, he was randomly asked to audition for the Australian soap opera Home and Away. Luke had no idea what he in spite of the fact that he was selected for the role. It was not until the third or fourth day of work that he realized he was actually getting paid for it.

So happened his very first TV debut in 2009 with the recurring role of Trey Palmer.

Almost a decade later, and Luke Bracey owns an impressive acting resume and an estimated net worth of $3 million.

Luke Bracey notably portrayed Brendan, a successful Hollywood TV actor anxious to come out, in Max Landis’ Me Him Her. This may have, in some way, contributed to the gay rumors Luke is surrounded by.

However, it seems Luke is pretty straight when off the camera. Mostly because many a time, he publicly accepted his romance with someone of the opposite sex.

Does Luke Bracey Have A Wife Or A Girlfriend?

As of today’s date (31st Oct 2020), Luke Bracey had not been married and therefore he had no wife. However, he enjoyed the companies of famous girlfriends; namely Eiza González, Olympia Valance, Selena Gomez, and Dianna Argon. 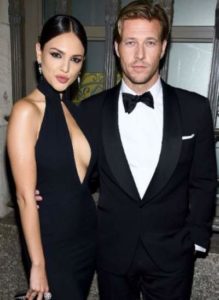 Then, in November the same year, the two confirmed their relationship with a classic show of PDA i.e. by sharing a kiss on the street.

Many a time, they made everyone believe that they were really into one another and would last couple forever. For instance, the occasion when they were spotted getting cozy with each other after lunch at Blu Jam Café in Los Angeles. Also, when they took a trip to Tulum, Mexico, last year in December.

But for some reason, both the actors preferred to stay low-key on social media.

Then, sadly the Daily Mail UK reported sometime in June 2020, that Eiza was spotted soaking up the sun with Timothée Chalamet, while on a trip to Cabo San Lucas.

While the later rumored couple is yet to confirm their relationship, we are not sure if Luke and the Baby Driver actress called it quits.

Before dating her, Luke was in an open relationship with the other actress, Olympia Valance. He and his now-former girlfriend confirmed to be dating in February 2019 but discreetly parted ways shortly after.

The romance linkings does not end here. Luke reportedly dated Glee actress Dianna Argon, for a while in 2015. They were photographed holding hands around the time in February. Besides these, the relationship relatively stayed under the radar.

Lastly, Selena Gomez is another of Elvis star’s reported brief flings. The two were linked in 2013 after Selena split from Justin Bieber. It just so happens that, Luke and the It Ain’t Me diva starred in 2011’s Monte Carlo together.