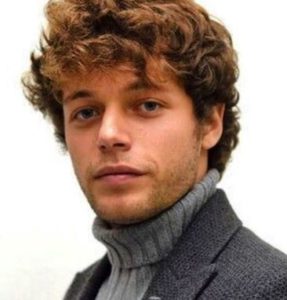 With the release of Netflix’s teenage romance series Summertime, Ludovico Tersigni climbed to a wider spotlight. He was cast as the lead Alessandro aka “Ale” alongside Coco Rebecca Edogamhe (Summer). Furthermore, the Italian series took inspiration from Federico Moccia’s books and featured complicated teen romance.

Reportedly, Ludovico spoke about how teen drama such as Summertime was important. He mentioned that it taught children about real-life without beating around the bush. But even those of older age may also relate to it because the series depicted a universal portrait.

As the fans loved season 1 of Summertime, they certainly wanted to learn more about Summer’s love interest, Alessandro. So, this wiki-styled is here to let you divulge into Ludovico Tersigni’s world along with his family and girlfriends.

Ludovico Tersigni was born on August 8, 1995. He was 24 years when he appeared as the hunky motorcycle rider, Alessandro in Summertime.

In light of his education, Ludovico graduated from the Classical High School Chris Cappell College in Anzio. After school, he studied in several musical companies and attended theater courses too.

In 2017, Ludovico was accounted for Guglielmo Biraghi Award winner for Slam – All for a girl with the Silver Ribbons.

Corresponding to his birthday, Ludovico is of Leo zodiac.

Born and raised in Rome, Italy, Ludovico grew up alongside a music-loving family. His uncle Diego Bianchi, aka Zoro, taught him the choirs of Rome just at the age of 1. Also, he was involved with the musicals at school by the time he was 14.

Ludovico found a passion for acting from a young age. Since then, he has acted on various movies and TV shows. For his one of his notable role as Stefano in Slam – Everything for a girl, Ludovico had Jasmine Trinca and Luca Marinelli as parents.

In an interview, Ludovico talked about having them as onscreen parents taught him a lot of things. As a mother, Jasmine taught him to pay attention to details, and father Luca taught him to be polite and composed. Details on Ludovico’s siblings are still pending.

As for early 2020, find Ludovico on his on Instagram @Ludovicotersigni with 183K followers and Facebook @Ludovico Tersigni. Also, he had a fan page on twitter @ludotersignifp with almost 700 followers.

You may like – Danna Paola Boyfriend, Married, Net Worth, Measurements

And as for his TV shows, SKAM Italia (2018) and Summertime (2020) can be accounted for his major appearance. Before them, Ludovico also made a minor appearance as Stefano Privitera in Tutto può succedere in 2015.

As an actor, Ludovico idolized Keanu Reeves and was impressed by the Matrix movie. Also, he seemed to admire Vincent Cassel and Edward Norton too.

Ludovico Tersigni’s net worth was estimated to be around $450 thousand.

If you are a fan of Summertime, you must be familiar with Ludovico’s on-screen love interest Coco Rebecca Edogamhe (Summer). While Rebecca seemed like the perfect girlfriend to Ludovico, it was unknown if the duo ever dated.

Getting shipped together, Ludovico remained silent about his relationship with Rebecca. And like many others, Ludovico was bound to get envisioned as gay with his rising popularity. What’s more, the question about his sexuality remained unknown as of early 2020.

It is a rare sight that someone gets so much love and attention for their first professional acting debut....

Netflix dropped yet another coming-of-age international offering titled “Summertime” in...