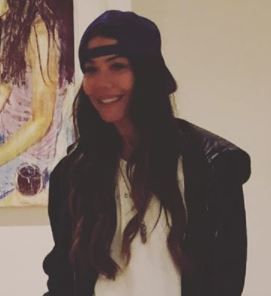 The news about Libbie Mugrabi falling behind on her rent was the highlight of September 2020.

The socialite had stacked up monthly rent and utilities cost up to about $148,450. Reportedly, she was due since April, for her luxury Yorkville condo at ritzy Park Mansion on East 82nd Street that cost $28,800-per-month,.

However, Libbie shared it wasn’t her fault but rather that of her billionaire ex-husband, David Mugrabi — who stopped paying her bills.

Keep reading to follow on what happed between Libbie and her ex-husband. Also, get to know her new boyfriend and dating life as this wiki-style article continues.

She celebrates her birthday on November 6th. And that makes her of Scorpio zodiac.

Reportedly, for her 40th birthday, Libbie invited Rose Billings of the Blacktiemagazine to capture their celebration.

Native to New Jersey, Libbie Mugrabi was born in a family of four; mother (Jane Scher), father, herself, and her sibling (Mia Scher).

Her sister, Mia is a Beauty Consultant who worked a Norman Rowe Plastic Surgery.

Also, her mother, Jane was in the beauty industry too. Jane was a plastic surgeon working at Skintight MedSpa; an expert in Botox, beauty, face & body treatments. As of 2020, she was in a relationship with Gary Rombough.

Reportedly, Ella Rowe @_ellarowe is related to Libbie as well.

Talking about her distinct features, Libbie is a beautiful lady with dark eyes and natural black hair.

Reportedly, she grew up in a wealthy family but marrying David took Libbie’s status to a whole new level.

After gaining prominence, Libbie didn’t hesitate to spend her riches either. We were shown a glimpse of her dining room and it was a fine display. The room was lined with Andy Warhol’s flower paintings and the Hamptons spa she built with her sister.

But she shared that she preferred Basquiat’s paintings over Warhol’s.

Furthermore, the Mugrabis didn’t own a gallery before. It was only after Libbie’s addition to the family, they had their own gallery — they used to buy and sell artworks at luxurious private dinners and events before. So, Libbie claimed that she deserved her fair share of the fortune amassed by David during their marriage.

As for her education, Libbie went to a culinary school. She could be a cook if she were to take on a job.

Libbie and David Mugrabi were first introduced by Libbie’s mother in 2002. At the time, Libbie was still in the culinary school and Davida was a broker of Wall Street living in a tiny apartment in Trump Tower.

And after almost three years of dating, the couple got married in 2005. Their wedding was attended by hundreds of guests and the Middle Eastern star, Ishtar was hired to entertain them.

Unfortunately, after 13 years of marriage, the duo had enough of each other and filed for divorce in July 2018. Also, the divorce was labeled as the “nastiest” billionaire divorce in history.

As for the settlement, Libbie had asked for a $100 million but she was happy with the deal she got. The deal included art, real estate, alimony, and child support for their two kids named Joseph and Mary.

However, in 2019, Libbie claimed that she cannot possibly maintain her lifestyle on the $25,000-a-month granted by the court. She also added that her ex-husband was using his connections to slander her.

But again in August 2020, the duo have settled their differences; inspired by Gwyneth Paltrow and Chris Martin to “consciously uncouple.”

In late 2020, Libbie Mugrabi was spotted in Hamptons with the bitcoin billionaire and actor, Brock Pierce.

Later, they were seen together at an LA campaign event and even sharing dinner at Avra. So, it was almost confirmed that Brock was Libbie’s new boyfriend.

However, neither of them officially confirmed their dating status as of September 2020.

When reached for comment, Brock shared that Libbie was just a friend and supporter who shared his enthusiasm for the “campaign”. Reportedly, Brock was running for president at the time. He was endorsed by the Independence Party of New York, headed by Frank MacKay, in LA.

The couple was together and there was no news about their split at the time of writing this article.

Before you leave – Briana Jungwirth Husband, Boyfriend, Net Worth, Parents

Actress Gwyneth Paltrow is the CEO of Goop.com and the business was at the peak of its success in 2020. And...

A celebrity from birth, Apple Martin gained massive attention as she was born to international stars Chris...