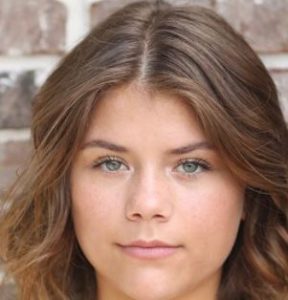 Marvel’s next big superhero group movie Eternals featured a lot of the characters gender-swapped from their original versions. Among them was Lia McHugh, who played a gender-swapped version of Sprite (who might look young but is actually thousands of years old).

But who is this Sprite-portraying-persona in real life? Stick with this Lia McHugh Bio to learn all about her.

Amidst the group of immortals, Lia McHugh’s character “Sprite” in the comics was a young boy gifted with the ability to change his appearance, and never age. His traits were troublemaking, mischievousness, and imperviousness.

Talking about the filming of the movie, Lia shared that she had a lot of fun with everyone on the cast. She praised each of them individually, and especially the director Chloe Zhao. In her words, “They were all so amazing to work with and to just be around. The nature of our characters was very friendly, so we had really fun banter on-set.”

A perk of being the cast of the superhero movie, Lia was featured on the cover of Entertainment Weekly in August 2021.

Lia McHugh isn’t actually a never-aging superhero in real life, she was 13 years of age while Eternals was all set to premiere in 2021.

She celebrates her birthday on November 18 and is of the Scorpio zodiac.

Lia McHugh was born to parents Michael and Lisa McHugh. Not much was known about them, except the fact that Michael organized charity every year (in 2021, he was supporting the Might Under Dogs), while Lisa organized the family Instagram @mchughcrew.

Also, Michael seemed to be a passionate dog lover. His Instagram @mikemchughlhp was filled with pictures of their three cute dogs. 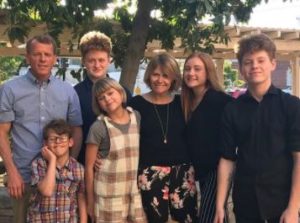 Lia McHugh with her parents and siblings (Source: Instagram)

Seemingly, Lia McHugh isn’t the only star in the family. She has an adopted one-year-younger brother named Gavin McHugh who starred in the popular show 9-1-1 portraying Eddie Diaz’s son, Christopher.

Unfortunately, he suffers from Cerebral Palsy.

Aside from Gavin, Lia has three biological siblings Flynn, Logan, and Shea. Little info on them:

Overall, the family was very close with each other. Just take a look at their family IG and you’ll know.

Fun Fact: Lia claimed that her siblings Gavin, and the older ones (who were involved more in the music space) followed her into acting.

Most of her posts then featured herself, movie promotions, family, and her cute rabbit. Yes, besides owning three cute dogs, Lia also owned a rabbit.

Lia McHugh stood tall at a height under 5 feet 3 inches (160 cm) while she appeared on Eternals in 2021. However, she was just 13 then and still growing.

For this child star, acting feels like playtime; even when that playtime involved stories about someone’s descent into madness. Lia has been performing in musical theater ever since 6, including the role of Mary in The Secret Garden. She revealed that she enjoyed the “dramatic scenes” the most. “I don’t know why. It seems like they’d be depressing to do, but I have a lot of fun doing them,” she added.

In 2021, Lia was one could 9 being a part of the superhero movie Eternals. But don’t let the hype about Eternals sway you away from the news that she was also cast as a lead in A House on the Bayou set to premiere in late 2021.

Reportedly, she will be playing Anna the 14-year-old daughter of Jessica and John, who gets discouraged by the tension she feels rising within her family. Also, to escape her parents, she becomes dangerously intrigued by the attention of a handsome, and older boy.

Did you know: Lia made it to Variety’s 2021 Power of Young Hollywood Impact List.