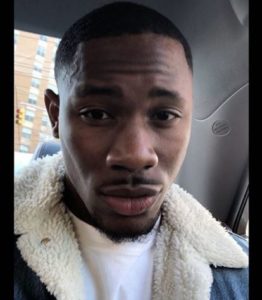 When COVID-19 pandemic was hitting hard in the US, all the major league football game was in halt due to the safety issue. But, NFL camp opened, and for the protection of the player, they’ve set a safety protocol.

But, one of the newest drafts of Seahawk, Kemah Siverhand tried breaking the rule and it might’ve cost him his career opportunity. He tried to sneak his alleged girlfriend in the hostel breaking safety protocol.

As Coach Pete Carroll couldn’t tolerate the misconduct, he terminated the contract with Kemah Siverhand. To learn more about the once four-star player, scroll down this article.

Kemah Siverand was born on 12 November 1996. He turned 23 years old while celebrating his birthday in November of 2020.

Per his date of birth, he secured Scorpios as his zodiac sign.

Born to John Siverand Sr. and his wife Lisa Siverand, Yakemah Jerece Siverand belonged to Cypress, Texas. While very little information on his mother has been shared, his father was sick and handicapped.

Sadly, John passed away in May of 2019 and was survived by his wife and his five children.

More on Kemah’s siblings: he is the youngest with two elder brothers John Jr., Jontue, and sisters, Delia, and Talicia.

Moving on to his education, Kemah attended Cypress Ridge High School. He gained recognition while there as a star football player. Due to his exceptional skills, several colleges offered him join including Ohio State, LSU, Texas Tech, Texas, and Oklahoma State.

Among the many options, he chose to go to Texas A&M University before graduating high school in 2015. He went on to join Mays Business School where he majored in business.

After Kemah completed his 25 credit hours in 2018 in TAMU, he transferred to Oklahoma State University. He went on to complete both junior and years and joined Seattle Seahawks in 2019.

The Texas-native football star Kemah Siverand stands at a towering height of 6 feet 1 inch (1.83 meters) while he weighed 92 kilograms (205 lbs).

Moreover, Kemah has inked a tattoo on his left chest which happens to be his distinct features. Also, the level of training which he did has given him an enviable physique desired by many.

Soon after, Kemah gained prominence as a star player, his social media following skyrocketed at an impressive rate. His Instagram account had a total of 5411 followers on his account by mid-Aug 2020.

Likewise, his verified Twitter account earned him a total of 4151 followers at the same time. Also, he enjoyed a verified page on Facebook which boasts 146 followers as of the time of penning this article.

The name Kemah Siverand had already gained traction on his name in his high school and became a highly sought after player. As already mentioned, his impressive stats during the high school year landed opportunities.

However, after Kemah joined TAMU, he didn’t receive much playtime as he had expected. Plus, changes in coaching lineup eventually made him transfer to Oklahoma State University.

In the 2018 season in the OSU, he saw a lot of playtimes after one of his teammates got benched. Following that in the 2019 season, he also took the responsibility as a game captain in at least two games.

With Kemah’s leadership and skills, OSU made it fourth in the country for punt return defense.

But, his expectation to make it to the NFL draft was still far even though he gave his 100% in 2019. But, Seattle Seahawks approached and chose him as an undrafted free agent.

Kemah went on to receive $2000 as a signing bonus. At the time, 17 undrafted free agents received a bonus of the same nature. The sum he received was the third-smallest bonus.

As overthecap.com noted, Seahawks offered Kemah Siverhand the UDFA contract in 2020. The contract was meant to last for 3 years.

But in August of 2020, Seahawks waived the contract after he snuck an anonymous girl in the hostel. As the camera caught the incident, Kemah was kicked out of the team for compromising the safety protocol of the team and the well-being of team members.

If it wasn’t for the misconduct he did, Kemah would’ve made an average salary of $63,525 per month which would amount to $2,287,000 in the next three years. But after the brief termination of the contract, he pocketed nothing.

Kemah Siverand certainly dated plenty of girls as a high school star athlete. And no doubt, he had a girlfriend in TAMU followed by OSU.

Kemah even became the victim of temptation and indiscipline as he tried sneaking in his unidentified girlfriend in the team’s hostel. But, after Seahawks cut him off, he hadn’t responded and made any statement regarding the issue.

The name and identity of his girlfriend who got Kemah into serious trouble that might’ve cost him a career opportunity wasn’t revealed. Plus, he was yet to reveal if the girl was his serious girlfriend.