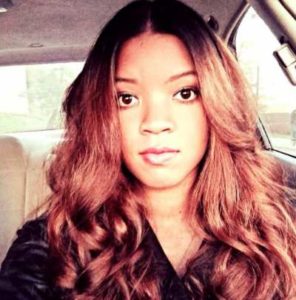 On the 2nd of September 2020, it was announced that the former American football tight end Vernon Davis was going to be one of the celebrities competing in the 29th season of Dancing with the Stars.

Since his retirement from Washington Redskins following the 2019 season, his fans are excited to see more of him and in never anticipated role. As the Super Bowl 50 champion is set to take on a new type of contest, people are curious if there is a lady love cheering on him.

And, luckily, he seems to have a special someone, with the name Kayla Sortor.

Without delay, let us explain everything you need to know.

Every year on the 26th of December, Kayla Sortor celebrated her birthday. Based on the fact, one can say her zodiac sign is Capricorn.

Kayla Sortor comes from her hometown in Maryland.

Her parents are named Eric Sortor and Billie Jo Chavis. And, her father, according to his Facebook profile, is a humanitarian.

Also, she has a younger brother, who had graduated from high school back in May of 2017.

As of the time of this writing, one could not tell much about Kayla’s family backgrounds.

Kayla Sortor’s social media pages are not much-telling when it comes to her personal life affairs.

Though her public-facing Facebook page contains several pictures of her with her family and friends, they do not reveal any more details. So is the matter with her Twitter page, as well.

From what it seemed, she did not fancy many people following on her social media. Not to mention, on Instagram with the profile name ‘K’la Mae’, she had turned on the ‘private account’ button.

As of August of 2020, Kayla Sortor worked full-time as a strategic communications specialist at Centauri, a leading provider of high-end engineering, intelligence, cybersecurity.

Before this, she served as a content specialist for LORO Corporation and worked in security for a federal government agency.

Per LinkedIn, Kayla did her M.A. in Organizational Communication at Bowie State University. She completed the course in 2017.

From 2011 and 2014, she studied Bachelor of Arts (B.A.), Communication at the University of Maryland College Park. During those years, she also served in the University’s Athletic Department as a media relations intern and operations assistant.

And before Kayla went pursuing her degree, as an Anne Arundel Community College student/grad, she had worked as a sales representative for the famous Nike and Champs Sports.

In the meantime, till 2020, Kayla Sortor was reported to have pulled in an estimated $700 thousand net worth.

In an interview with Niners Nation in April 2020, Vernon Davis explained that he made the most of his quarantine time exercising, practicing lines for virtual auditions, and working on his production company. And he did not mention Kayla Sortor, at all. Surprising— it was— because not long ago on July 17, 2018, Vernon had asked Kayla to marry him. 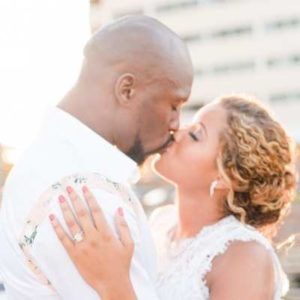 He had popped the question followed by an extravagant proposal on the beach.

Vernon had later told USA Today Sports that he planned the proposal several months in advance. He had taken Kayla for a walk along the beach in Ocean City, somewhere near Kayla’s hometown.

A team of four skydivers had flown down onto the beach and approached the couple. Vernon, he had acted as confused as Kayla as the skydivers walked toward them.

Skydivers removed their flight suits to reveal white T-shirts that spelled out the question, “Will you marry me?”. It was exactly at the moment, Davis had got down on one knee to present his lady love with a massive ring. All along, he had also hired a videographer to capture the entire experience.

Followed by the grand proposal, people had assumed that there will soon be a wedding ceremony of a similar kind. But both the parties have kept the relationship largely out of the public spotlight.

As a result, there was no indication if they still planned to get married, let alone, still together. The last time, the pair were photographed together in public seems to have been in March 2019 during the grand opening of Shaquille O’Neal’s restaurant in Los Angeles.

The two, met at a bar in Washington, D.C., sometime in 2016. Although, the media was not sure since when exactly they started dating.

Previously, Vernon was engaged to his high school sweetheart, Janel Horne. They were together for fifteen years and it was reported the exes shared three children, including a daughter named Valleigh and a son named Jianni.

Rochelle DeAnna McLean is a hair-stylist, make-up artist, model as well as a dancer. However, she is better...