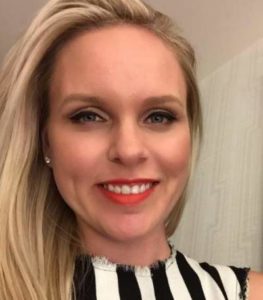 New TV couples Kate Mancuso and her husband Darren Mancuso has been setting some major couple goals among HGTV fans.

Real estate agent and designer duo Kate and Darren embarked on a new journey of home flipping on the newest program on HGTV i.e. Gut Job on 7th November in 2020.

So, while the pair take on the most impossible projects in Cleveland, here’s everything you need to know about one half of the duo i.e. about Kate Mancuso.

Kate Mancuso and her family come from their hometown of Minerva, Ohio.

Her parents are named Daniel Dager and Cynthia Willen. And, so far we know, she also has a sister with the name Ashley E Dager.

Stunner Kate Mancuso stands tall in 5’6” in height. And most lately, her weight was listed as 58 Kg or 127 lbs.

Her hair is beautifully blonde. Also, she well embraces a dimple on the right cheek.

One can look up Kate Mancuso on Facebook and find a couple of Kate and Darren family moments. From the time, they were expecting their baby girl or when the young one in all grown up. 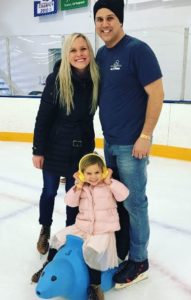 The family spotted together in January 2018 (PIC: Kate’s FB)

Also, at the time of this writing, we could not spot her on Twitter.

Like Darren, Kate Mancuso is the owner at lead designer at Relief Properties, Inc, a full-service real estate & design-build company based in Clevland/Akron, Ohio Area. She has been on the job since February 2012.

Before this, she was the associate board vice president for The Free Medical Clinic of Greater Cleveland, for three years.

Also, sometime between 2010 and 2013, she worked in the position of operations manager at Mancuso Business Solutions.

The former Ohio Territory Store Director for the Varsity Brands lately took on the job with HGTV where she and her business partner and husband Darren will be “gutting” out a home and starting from scratch. In each of the episodes, they are expected to convert even the most “daunting of projects into a more palatable endeavor”.

While the renovation may sound like an easy task for the top-notch home designers, they will be thrown into all kinds of problems including the crumbling foundations and dripping sewage.

Kate and Darren Mancuso have been married since 12th October 2013. Not much is known to the public about how their wedding went by. Except for the fact that it was an outdoor wedding and the bride and groom were all-smiles to be walking down the aisle.

On the occasion of their wedding anniversary in 2018, Darren’s Insta-family got to witness him and Kate all dressed up and happiest.

“Happy Anniversary to my wife Kate Mancuso!!! I love you so much and I’m grateful to have you in my life. ❤️”, he captioned a rare wedding picture of the duo. 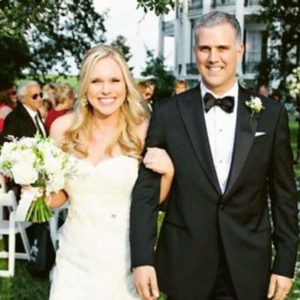 The two continued living in Minerva, Ohio with their kid, Claire Mancuso. They announced they were expecting a baby girl in 2013. So we figured, the daughter was born sometime between 2013 and 2014.

A glance over the couple’s respective social media sharing made us believe that they are much in love with each other and their only child.