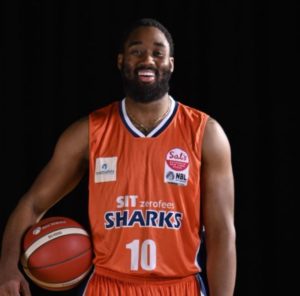 Joshua Cunningham, the boyfriend of A’Ja Wilson, has several things to be proud of about his girlfriend. When she was representing Team USA at the 2020 Tokyo Olympics, it was an exceptional opportunity to be even more proud.

You need to learn about A’Ja Wilson’s boyfriend. So, here is Joshua Cunningham Wiki to know about him.

Joshua Cunningham was born to his father Johnny Cunningham and mother Latanya Cunningham in his hometown of Chicago, Illinois, United States.

While the name of his father has been made public, no details on his old man surfaced in the public domain. As for his mother, Latanya has been working as a Payroll Administrator in Chicago Public Schools since February 1999. She is on Facebook but posts every once in a while only.

The basketball player grew up with other two brothers; Nick Cunningham and Alexander ‘Alex’ Cunningham.

Nick appeared once on their mother’s Facebook. So, no details on him remain there to be explored. Whereas, Alex lives in Bartlett, Illinois. He attended Hinsdale South High School and has worked as a volunteer starting from July of 2016.

Other than that, no further information surfaced regarding his family members.

Joshua Cunningham attended Morgan Park High School in his hometown of Chicago, Illinois. During his high school year, he played alongside Kyle Davis, Dayton’s co-captain. During his senior year, he averaged 21.6 points, 14.5 rebounds, and 2.9 assists as a senior in 2013-14.

Joshua made it to the No. 98 on ESPN’s Top 100 prospect. He and Kyle were considered the cornerstone of Morgan Park’s 2013 & 2014 Illinois state championship team.

According to the website of Dayton Flyers, Joshua Cunningham stands tall to the towering height of 6 feet 8 inches (2.03 meters). He weighed about 108 kilograms (238 lbs).

On Instagram, Joshua Cunningham goes by the handle name @joshuacunningham. He made a total of 29 posts as of Aug 2021. Whereas, he was followed by 9458 followers. On Facebook, he could be seen entertaining his 2.7k friends.

In 2019, Joshua started his career in Europe and signed his deal with The Westchester Knicks, of the NBA G League. He averaged 4.0 points and 4.0 rebounds in eight games. He signed with ZZ Leiden, which plays in the first division of the Dutch Basketball League. But, disappointingly, on 28 February 2020, the G League terminated the contract of Josh Cunningham from the Westchester Knicks.

After graduating high school, Joshua started his freshman year at Bradley University. He ranked second in The Valley by averaging 7.5 RPG during his freshman season. His 247 rebounds were the most boards by a first-year Brave since Illinois transfer Steve Kuberski snared 263 rebounds in 1968-69, a span of 46 years.

Joshua was also able to rank fifth nationally in rebounding by a freshman during the 2014-15 regular season. His 21 boards versus Missouri State were the most by a Valley player since 1999 and at least matched the most by a Brave since Feb. 29, 1964 (Joe Strawder, 22).

For the season 2015-2016, he became a Redshirt due to NCAA underclassman transfer restrictions.

During his sophomore year, Joshua became one of three co-captains for the Flyers in 2016-17. He played in 11 games and started two for Dayton mainly due to an injury early in the season. He led the team in FT percentage (.792). During the season, he averaged 14.7 minutes, 6.3 points, and 2.9 rebounds per game.

In his senior year, Joshua and his team earned several accolades including the NABC All-District Second Team, A-10 Third Team, A-10 Player of the Week, and A-10 Co-Player of the Week. He also proudly boasts about White-Allen Most Valuable Player by team selection award. Not only that, but he also secured the 2018 RUDY award at this year’s R.U.D.Y.S. Award banquet for Student-Athletes.

Joshua started all 31 games for the Flyers and averaged 15.6 points and 8.4 rebounds per game.

As a senior, Joshua became three-time Team Captain for the Flyers. The team secured NABC Second Team All-District for the second consecutive year. He played in 31 games for the Flyers this season, starting 30 games. As a senior, he averaged, 13.3 points and 6.2 rebounds per game while shooting .639 (156-244) from the floor.

Joshua Cunningham and A’Ja Wilson met each other during their college years. However, they are extremely private about their relationship. Both of them hardly feature each other on their respective social media platforms.

The relationship is so lowkey that it appeared as if they don’t even have things going on with each other. So, even if the couple engaged, they don’t seem like a type to share publicly.

Talking about his girlfriend, A’Ja Wilson represented the women’s basketball team at the Tokyo Olympics 2020. She was a part of the WNBA in 2018 and played for Las Vegas Aces.