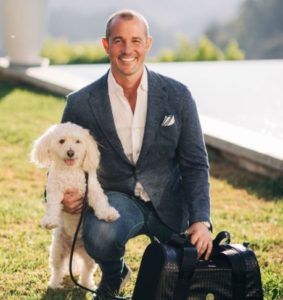 In Aug 2021, news broke that Pandora Sabo, daughter of Lisa Vanderpump, was expecting her first baby with her husband and partner of 15 years, Jason Sabo. Since the announcement from Daily Mail, the attention had been directed towards Jason Sabo and their marriage.

Scroll down this Jason Sabo Wiki where we cover details on his parents, net worth, and job.

Jason F Sabo was born to his parents Dennis R Sabo and Valerie Sabo in his hometown of Granger, Indiana, United States.

As for Jason’s mother, Valerie attended Warsaw Community High School and has retired from her job. Before marrying Dennis, she was married to David DeLaMater of St. Pete Beach, Florida. They had a son together named Matthew DeLaMater who married on 25 July 2010.

Besides, his half-brother Matthew, Jason also has another brother named Gregory Sabo. Greg attended the University of San Diego from where he secured his BA degree in Marketing. He worked as The Divine Addiction LLC as Marketing Intern, Villa Blanca Restaurant as Assistant Manager, LAZ Parking as Account Manager, and Southern Glazer’s Wine & Spirits as Chain Territory Manager, and John Lenore as Sales Representative since April of 2021.

Jason Sabo stands tall at the height of 6 feet 1 inch (1.85 meters). Since his hair started receding, he decided to shave it all off.

Jason, on Instagram, goes by the name @bo_knows_wine. He had 7468 followers when we wrote a wiki on him (on 8 August 2021) where he posted exactly 84 times in total. He was also on Facebook but had minimum posts on the platform.

The platform, Jason couldn’t be discovered on was Twitter and TikTok.

Starting from early 2009, Jason Sabo joined Blanca Investment LLC where he has worked as a Brand Manager ever since. In addition, he was called to become the brand ambassador for Palm Bay International in 2017. Then, he started in the company as national director of prestige accounts.

Before we delve into Jason’s further career, let’s learn more about his academic qualifications. After completing high school, he enrolled at Pepperdine University. He studied Philosophy and earned his Bachelor of Arts degree in 2008.

After a gap of two years, Jason joined Pepperdine University, The George L. Graziadio School of Business and Management. He studied Master of Business Administration (MBA), focusing on Marketing. He graduated with a degree in 2012.

While attending Pepperdine to earn his bachelor’s degree, Jason had joined United States Senate as Legislative Correspondent. He served for 8 months from July 2007-February 2008. Then, he joined JCI Worldwide Inc. as an account executive. He worked in the company for a little over a year.

Jason Sabo, with his thriving business, sits on a net worth of little over $2 million.

When Pandora Sabo met Jason Sabo, she met her forever with him. They allegedly dated for 6 years and got married on 27 August 2011. The love birds are still married and together as of 2021. The married couple seemed more than excited to celebrate 10 years of marriage and the bond which they formed together. 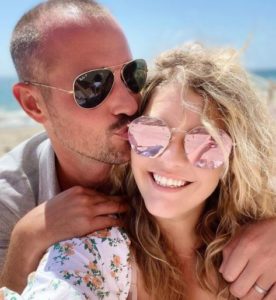 Jason Sabo and his wife Pandora together (Pic: Jason’s IG)

In early August 2021, Daily Mail and E! News revealed Jason Sabo and Pandora Vanderpump Sabo were expecting a baby together. Lisa Vanderpump had organized a 2021 World Dog Day event in West Hollywood on 7 August 2021. It was in that event Pandora revealed her baby bump while walking alongside her mother on the fundraiser’s pink carpet.

In 2019, Lisa spoke to Bravo’s The Daily Dish where she revealed her desire to become a grandmother. But, she assured fans in the interview, she won’t be putting pressure on Jason and Pandora.

Talking about his wife, Pandora was raised in a household that was passionate about food. She secured her bachelor’s degrees in English literature and film and television production from Pepperdine University. Later on, she started her own magazine and her own wine and spirits company.

Jason and Pandora were godparents to James in 2019 and were dog parents to Darling.