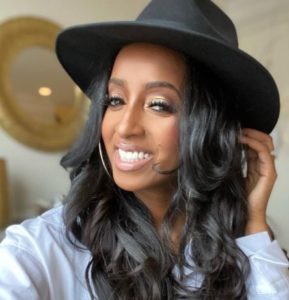 Askale Davis has been announced as the new cast of BravoTV’s Real Housewives Of Potomac. Is she married? How many kids does she have? Information on her age and her job?

Scroll down this Askale Davis Wiki to learn more about her.

Askale Davis (maiden name Shiferaw) was born as one of the two children to her father Belete Shiferaw and her mother Yeshi Y Shiferaw.

Askale’s father, Belete Shiferaw hailed from Aleta, Sidamo, Ethiopia, and now resides in Seattle, Washington with his wife. Belete attended the General Wingate Secondary School. He enrolled at the University of North Dakota and earned his Juris Doctorate.

Furthermore, Belete joined the University of Washington and studied economics. Whereas, he earned his Masters in Public Administration from The Evergreen State College. Formerly, Belete worked as a legal assistant at Paul Walchenbach Law Firm. He started working as a case manager at Law Firm in January 2013.

Talking about Askale’s mother, Yeshi Y Shiferaw fled Ethiopia at the age of 17. At 18, she met her husband in a Sudanese refugee camp. A year later, Yeshi came to the U.S. by way of Germany with nothing but the clothes on her back. She struggled to learn the language, the culture, and basic survival skills but did it anyway.

Two years later, Askale’s parents saved enough money to buy into an Ethiopian restaurant, Kokeb from another couple. Her mother worked as the head chef and success quickly grew. Two years after the grand opening, her parents bought out the other couple and were the sole owners for the remaining 30 years that it was open.

For 32 years, Askale’s mother was the backbone of that restaurant. In March of 2020, her parents celebrated their 40 years of a successful marriage. Paulos Shiferaw, Askale’s only younger brother, attended the University of Washington and earned his B.A. degree in Information Systems.

Askale Davis and her family are of Ethiopian-American ethnicity.

On Instagram, Askale Davis goes by the handle name (@askaledavis). The platform garnered her 24.7k followers. She posted nearly 352 times as of this writing (Aug 2021). On Twitter, she gathered 4,298 followers with 414 tweets in total.

However, she is nowhere to be found on Facebook.

To match up to her lifestyle, one has to have a staggering net worth. While pinpointing the exact figure is impossible, Askale Davis must have a total net worth of over $1.5 million.

The Ethiopian beauty Askale Davis initiated her career as a secondary school tutor for DC Public Charter Schools during her senior year of college. That’s when her passion for urban education and advocacy began. She joined the K-12 Advocacy team in March 2020 as Community Engagement Manager.

Askale is primarily responsible for implementing UNCF’s K-12 strategy by building and managing strong community relationships and impacting the local education environment in the Washington, DC Area and Indianapolis, IN. For more than 12 years, she devoted her career to urban education and workforce readiness in the Washington, DC area.

In addition to her job at UNCF, Askale joined the cast of The Real Housewives of Potomac. She announced her appearance on the show on her Instagram post on 11 July 2021.

Coming from a high achieving family, Askale Davis attended and graduated from Howard University. She earned a Bachelor of Science degree in Biology and Chemistry.

Askale Davis is married to her husband Dre Davis. They have been together at least since December 2012. She wrote in the caption, “Had a ball with this fella right here. Bring that tailback! @dredavis”

After dating each other for almost four years, the love birds got engaged on 30 December 2016, the day Askale celebrated her 32nd birthday. To celebrate her engagement, she wrote, “And then this happened…Miyoncè became a fiancè! 💍” 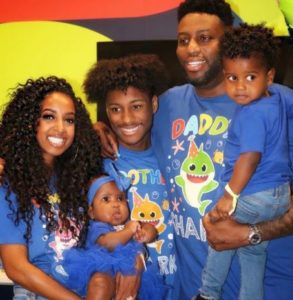 Askale Davis and her husband Dre Davis together with their kids (Pic: Askale’s Instagram)

The biggest day of their relationship arrived on 21 April 2018, the day Askale Davis and Dre Davis got married. The engaged couple tied the knots in Puerto Vallarta, Mexico, in Hotel Mousai surrounded by 100 of the closest family and friends. The bride donned a mermaid-styled wedding dress from Pantora Bridal.

A year later on 21 April 2019, they celebrated their first wedding anniversary. Askale celebrated the day with an IG post where she gave away details from a wedding planner to music, to the venue, and dress.

Askale and Dre announced her pregnancy on her birthday in 2018. She wrote a caption, “Baby Davis coming May 2019!” The couple welcomed their son Jonas Shiferaw Davis on 6 June 2019. Ten months later, since they welcomed their firstborn, they celebrated 2nd wedding anniversary.

Askale and her husband, Dre announced the news of welcoming their second bundle of joy on 5 October 2020. They were trying to keep a secret and COVID-19 made it easier for the couple. She welcomed her daughter Ava Yeshi Davis on 22 December 2020. Ava weighed 10 Lbs 10 Oz.

However, a day before her birthday in 2020 after welcoming her daughter, Askale was readmitted to the hospital for postpartum hemorrhage. She was transferred to ICU and ended up undergoing countless procedures, received 8 liters of blood through a blood transfusion, get intubated, breathes through an oxygen tube and the list goes on & on.

Besides her own kids, Askale Davis also has two kids from her husband’s previous relationship. She has a stepson named River Davis and a stepdaughter named Allison Bleu.