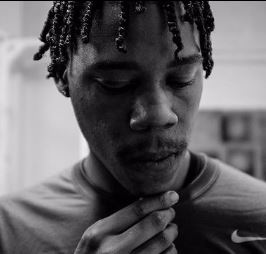 Joe Hampton is the star player on Netflix’s newest offering Last Chance U: Basketball, and earned wide recognition for losing his cool and breaking the chair in the trailer. Many wanted to know the story behind it but that unraveled after the release of the show.

Meanwhile, fans wanted to know about his details on family, girlfriend, height, and age. So, to learn more about that, scroll down this Joe Hampton wiki.

Where Is Last Chance U: Basketball Star Joe Hampton Now?

Joe Hampton was at Pasadena City College when he inked a national scholarship letter of intent. The letter was signed with Long Beach University\s Division I Program in 2017. After that, he transferred to the 2019-20 season at ELAC.

As of 2021, at the time of premiering of the show on Netflix, Joe Hampton, now, is a part of Long Beach State’s 2020-21 roster. He rose to starter position and was also named the player of the week in the team.

Joe Hampton turned 24 in early 2021. His birthday falls every year on 30 January. Based on that pieces of information earned him Aquarius as his zodiac sign.

Joe Hampton was born to his father Lance Porter and his mother Krystal Hampton in his hometown of Hyattsville, Maryland, the United States. A very little information has been shared with his parents. The only thing that we know about Joe was his father worked at a security service business. Whereas, his mother hailed from her hometown of Washington D.C. where his family resides.

Moreover, Joe Hampton grew up with three siblings with his family. However, no further information on his siblings surfaced as of this writing.

Talking about physical attributes, Joe Hampton stands tall at a height of 6 feet 6 inches (1.98 meters). Meanwhile, he weighed about 120 kilograms (265 lbs). He has deep-set sleepy eyes also pierced both of his ears which happens to be his distinct features.

Moreover, Joe Hampton is a handsome hunk with multiple tattoos on his arms and chest.

The LA-based player often made short tweets and mostly retweeted anything that others tweeted. However, he had no presence on Facebook.

Starting with the academic qualifications of Joe Hampton, he attended DeMatha Catholic High School in his hometown of Hyattsville. While there, his love of basketball intrigued him to participate in the school’s varsity team.

Later, he transferred to Oak Hill Academy in 2014. Joe graduated from the same in 2016. He attracted offers from several colleges such as DePaul, Penn State, and Xavier. However, he expressed he made verbal commitments to start Penn State in 2014.

However, he fell short on his commitment soon after Nittany Lions performed disappointingly in March of 2014. The Maryland-based player again committed to PSU after breaking his commitment to PSU.

Disappointingly, Joe endured a torn ACL which benched him on his senior season at Oak Hill.

As per commitment, Joe was taking classes at Penn State. However, he was showing no signs of improvement at the time. He was expected to play in the freshman season for the Nittany Lions. But, he decided to quit PSU and left the university in 2016.

For those asking for the reasons and concerned individuals, the university clarified that he left the institution because of his personal reasons. He enrolled at the Pasadena City College in California and played in the 2017-2018 season.

Later, he transferred to East Los Angeles College after the season. In ELAC, Joe played in the 2019-2020 season under Coach John Mosely. In the trailer, a camera captured him while breaking a chair for Last Chance U: Basketball. The show premiered on 10 March 2021 on Netflix earning him more attention.

Whereas, Joe Hampton’s estimated net worth was totaled under $100 thousand.

Along with the career of Joe Hampton, his romantic relationships have also been the center of attraction for those who know him. But, since he preferred to remain mum about private details, no further information on his girlfriend surfaced as of March 2021.

But, the attractive athlete surely had a few relationships he has been involved with. However, he never cared to mention sharing info on his dating life. So, Joe Hampton’s detail on having a potential wife remained aloof.