Home EntertainmentJesse Nadler Wiki — Who Is He? Job, Net Worth, Dina Lohan

Jesse Nadler Wiki — Who Is He? Job, Net Worth, Dina Lohan 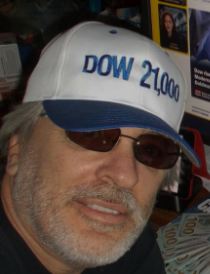 Ever since the advent of the internet, people across the world have been able to find love. Jesse Nadler is one of those persons who fell for a celebrity. He even asked his internet girlfriend to marry him.

Continue reading and find out who is Jesse Nadler. What’s more, discover his wiki and read his job, net worth, and age. Likewise, become familiar with his family, background, and more!

Jesse Nadler — Who Is He?

Jesse Nadler is the online love of Dina Lohan.

To those unfamiliar, Dina Lohan is the mother of Lindsay Lohan. She also served as Lindsay’s manager.

Her detractors accused Dina of exploiting success Lindsay and another daughter Ali for personal gain.

In 1985, Dina married Michael Lohan. She filed for divorce in 2005. Together, they went on to have 4 children including Dakota and Michael Jr.

Returning to our subject Jesse: He became acquainted with Dina around 2014. Quickly, they fell for one another without speaking on facetime or meeting in person.

Circa April 2019, following 5 years of dating online and long-distance, Jesse and Dina called it quits. They would reunite exactly a year later.

Before the initial split, Jesse and Dina became the talk of the town after the former opened about their romance on “Celebrity Big Brother”. When fellow castmates feared she was being catfished, Nev Schulman — host of the MTV show “Catfish” — expressed interest in her case.

Finally, in Feb 2019, ET revealed Jesse’s identity. In an interview with the same publication, he raved about Dina.

Things between the lovebirds escalated in June 2020 after Jesse sent Dina an engagement ring via mail. Later, Dina took to IG and flaunted the rock. The occasion marked their second time getting engaged.

A month after the engagement, Jesse talked to Page Six and shared that their relationship was on the rocks. He also expressed concern and confusion when Dina changed her relationship status to “in a relationship” after initially changing it to “engaged”.

Interesting: Chris Heisser Wiki — Who Is He? His Bio, Age, Job, Ex-Wife

Dina’s ex Michael Lohan once described Jesse Nadler as a “wack job”. In the same interview, Michael shared he and the Lohan kids were against Jesse and Dina’s romance.

Getting into Jesse Nadler’s job and career, he reportedly worked as a NoCal Investment Consultant. His work history, however, escaped everyone.

A quick google search gave a list of LinkedIn profiles with the name Jesse Nadler. However, none seemed to belong to Dina’s online love.

According to celebritynetworth.com, Dina possessed -$1.3 million fortune. Meanwhile, Jesse — working as an investment consultant — amassed over $1 million in net worth.

According to numerous publications, Jesse Nadler was 54 years of age in 2020. That said, he hadn’t revealed his birthday and zodiac sign.

For a guy in his 50s, Jesse looked amazingly fit. Meanwhile, he reportedly owned over 5 feet 10 inches height.

Friends and relatives of Jesse allegedly addressed him as Danny.

Talking family life, in Summer 2020, Jesse was reportedly looking after his ailing mother who resided in the West Coast. Also, on 22nd June 2020, he shared a photo of his father’s house in the Hamptons.

According to his FB profile, Jesse loved to work, ride his motorcycles, enjoy great meals, and hang out with his people.

Back in 1967, Jesse moved to Belvedere, California. 13 years later, he relocated to Westhampton Beach, New York.

0 Replies to “Jesse Nadler Wiki — Who Is He? Job, Net Worth, Dina Lohan”