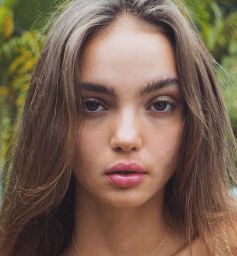 Dubbed the “Gigi Hadid of Bali,” Inka Williams rose to superstar status by modeling for brands such as Volvo, Ripcord, Volvo, Supre, Bebe, and Swarovski.

Beyond her life as a modeling darling, Inka is a loving girlfriend and an admirable daughter. The wiki down below expounds on the said statement.

Inka spent a chunk of her formative years in Bali, Indonesia. Additionally, she is a graduate of Canggu Community School.

Away from her talents and onto her physical traits, Inka stands five feet & five inches (165 cm) in height while boasting body with the measurements 29-22-31 inches.

Represented by IMG Models, Inka was 6 months old when she secured her first photoshoot. As a full-fledged model, she did endorsements for brands such as “BONDS,” “Moncler,” “Miu Miu” and “Chanel.”

With 1.3 million followers on Instagram, Inka reportedly garners a six-digit net worth. When not busy building her fortune, she contributes to society via “Bali Life Foundation.”

Talking about Inka William’s romantic endeavors, the gorgeous model made headlines for being the girl who received a “come through” text message from Justin Bieber — husband of Hailey Baldwin.

Back in 2014, Inka shared romantic ties in Zak Henry. Following a blissful dating tenure, she and now-former boyfriend Zak called it quits. Fans were dealt the major blow as they had expected the two to get married. 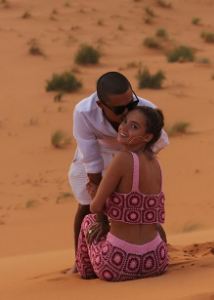 After Zak, Inka found an ideal boyfriend in pro surfer Kayu Vianna. Via an Instagram post uploaded in August 2018, she confirmed the dating rumors by sharing a photo of the two.

Inka’s relationship with husband prospect Kayu continued in 2019. With both of them busy with their career, getting married seemed out of the question for the pair.

Soon after the cancellation of Justin Bieber’s Purpose tour in 2017, he was spotted with a mystery...