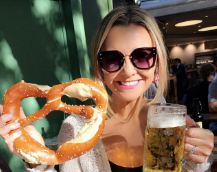 Dive into Holly’s wiki-like biography for an insightful look into interesting life!

Holly comes from a family of seven including biological parents: father Edward Durst and mother Kathlyn Durst. In terms of siblings, she has two sisters and two brothers.

Books, Height Plus Net Worth Info

Exiting from the competition, Holly returned to TV screen in 2011 for the show’s spin-off series titled “Bachelor Pad.” She ended the stint as the season’s co-winner.

Leaving behind her reality TV career, Holly shifted her focus to writing. In the years that followed, she published two children’s books: “I Miss You” and “Chocolate Socks.”

Blessed with five feet and seven inches plus height, Holly allegedly flaunts a respectable net worth which surpasses the five-figure range.

Based in South Carolina, Blake is a dentist who became famous after appearing on the 7th and 2nd seasons of “The Bachelorette” and “Bachelor Pad” respectively.

In 2011, Holly first encountered future boyfriend Blake during the filming of “Bachelor Pad.” In the show’s finale, the pair got engaged.

After less than a year as an engaged pair, Holly and then-fiance Blake got married. The reality TV power couple tied the knot in Summer 2012 in South Carolina. 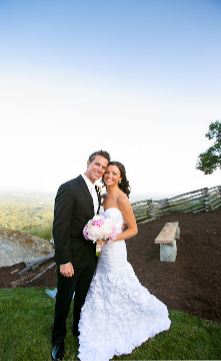 While Holly planned the wedding, her husband Blake mapped out a honeymoon to St. Lucia.

By her admission, Holly wanted to have Blake’s baby from the moment they got married. Her wish received a severe blow when she learned about her infertility.

Holly underwent several medical procedures to conceive a baby but to no avail. She and husband Blake finally reserved to surrogacy.