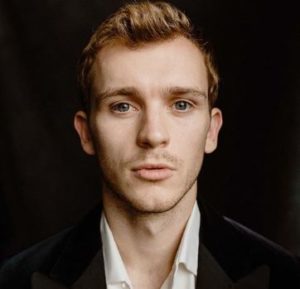 Harry Lawtey is a British actor best known for playing Maurice in the TV show The Letter for the King (2020). Besides that, he also went on to land the role of Robert in Industry (2020). The Industry is based on the hectic lives of investment bankers and traders trying to get things going in their way in the financial world.

The Brit actor built a strong resume on his own but failed to shared personal information. Scroll down, as we address all of the details on his life and career.

Harry Lawtey celebrates his birthday every year on 26th October. The date of his birth naturally made him a Scorpio by zodiac sign blessing him the characteristics such as ambition, brave, and honesty among a few others.

In October of 2020, Harry Lawtey celebrated his 24th birthday.

More From Us: Jaymes Vaughan Wiki: Net Worth, Jonathan Bennett

Harry Lawtey was born to his anonymous parents in London, United Kingdom. While the information on his mother remains obscure, his father was in a military stationed with the RAF. Later he moved to Brize Norton in Oxfordshire. As of this writing, Harry lives with his parents in Oxford.

More on his family, Harry and his brother were raised in Cyprus. The Lawtey siblings moved within and outside of the country, living in different places in his early life because of his father’s job. Talking about his sibling George, he works as a performance analyst at Bristol City Football Club.

Talking about the physical features, Harry Lawtey stood tall at the height of 6 feet 2 inches (1.88 meters). Similarly, he weighed about 78 kilograms (

Moreover, Harry with his bluish eyes captivated the attention of a lot of female fans who were also elected as his distinct features.

As remarked by Harry himself in an interview, he is not into social media and prefers spending time working out. However, he seems to own an Instagram account with 2352 followers [Nov 2020] on the platform.

Harry Lawtey often cited the feeling which he had from starring in a school play as a kid as a trigger that got him falling in love with the acting. He landed the role of Artful Dodger on the school play of Oliver Twist when he was 12.

The impactful moment got him pursuing a BFA degree in Sylvia Young Theatre School, Drama Centre London, and graduated in 2018. Following graduation, he went on to build a strong resume landing role in several TV shows, advertisements, and movies.

Starting with Harry’s career on the radio, he appeared on the broadcast of plays Buddenbrroks and Oliver Twist.

Talking about theatre appearances, he landed parts in Gently Down The Stream, The Country Wife, Naked Not Nude, Some Voices, Hotel Paradiso, Twelfth Night, The Rivals, Three Sisters, Rocket To The Moon, and Hindle Wakes.

When it comes to commercials, Harry Lawtey appeared on Burberry Festive Campaign and HSBC Premier Banking. Likewise, he also appeared in singer Sam Smith’s music video for Too Good At Goodbyes and Loudmouth Machine’s Shade of Blue.

As of this writing, Harry Lawtey sits on a total net worth of $150 thousand.

While Harry Lawtey’s prowess as an actor is widely recognized and accepted all over, much of his private life is shrouded in mystery. In an interview, the actor talked about how he is not into social media.

Also, he is not on Tinder, a dating app widely popular in North America and Europe.  All of this hinted at Harry’s disinterest in dating. Surely, he had plenty of admirers and fans following all over him on his Instagram account.

However, in between the crowd has to be a special someone who has his heart.

But as of 2020, either Harry Lawtey was single or secretly dating his anonymous girlfriend. Moreover, his disinterest in dating also gave a space for discussion that he might be a closeted gay.

The baseless assumptions never bothered Harry personally. He didn’t take it seriously enough to answer the questions about his relationship status and sexual orientation.