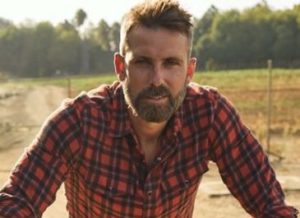 Only two months after Jana Kramer’s divorce from her husband Mike Caussin, the singer revealed that she was already seeing someone; and he was none other than the Bachelorette alum, Graham Bunn.

New to the name? Read this Graham Bunn Wiki to learn all about him.

If you didn’t know, Jana who was 37 then, is a December born as well.

The two even shared the same zodiac i.e. Sagittarius.

His Family, Where Is He From?

Graham Bunn comes from a family of four. He was born to parents: Karan and Ike Bunn. His mother, Karan is a former government forecaster and a research business First In Focus owner. For education, she studied “Math, Statistics, Economics, & Business” at North Carolina State University.

As for Graham’s father, Ike was the president of the ENS.

Also, Graham has an older sister named Melinda Tillitski (birthday: November 30). She is a North Carolina graduate who went on to work as an educator at Pine Crest School for over 9 years. Then, she joined Leight Altman for County Commissioner as a treasurer. Overall, she defined herself as a “Gardener, Activist, Educator, Beekeeper, Guardian of Chickens and Occasional Writer” based in Charlotte, NC.

A Raleigh, NC native, Graham moved to New York in 2020. However, within a few months, he moved to Los Angeles, California.

Graham Bunn Job: Was He In The Military?

No, Graham Bunn was never in the Military. Looking at his job records, Graham has been a pro basketball player for Schalke 04; host for various TV shows like ABC’s The Bachelorette, Bachelor Pad, and Bachelor in Paradise’ GoCuntry 105, and Real Country USA Network; and an executive producer for Cali Country Podcast.

Also, Graham was the co-founder of 46NYC & SNNR Brand. It was an online T-shirt company that raised awareness and proceeds for Children in need.

Did you know: Graham also ran a Spotify podcast with Camryn Irwin, inviting talented guests for a down-to-earth conversation.

In light of his education, Graham graduated from Wake Forest High School and went on to join Appalachian State University for his bachelor’s. He then joined  Bowling Green State University and completed his master’s.

Talking about his time on The Bachelorette, Graham first joined the show in 2011 to win over DeAnna Pappas. Unfortunately, he only made it to ep 6 that season. But, he later returned for the show’s spinoff, Bachelor Pad, became one of the runner-ups alongside Michelle Money.

Also, he appeared for The Bachelorette season 4, where he split from his partner, AshLee Frazier, during week 7.

Graham Bunn And Jana Kramer: Dating, How Did They Meet?

Graham Bunn and the singer/actress, Jana Kramer were friends for over 7 years before they started dating in 2021; or should we say: before they got into “entanglement”.

According to Jana, she first met Graham at a radio station (country radio station) where both of them were employed. They remained “just friends” after, and even as of 2021, they liked to call their relationship “just friendly.”

Previously, Jana was married to Mike Caussin with whom she shared a daughter named Jolie Rae. They filed for divorce in April 2021 due to infidelity.

Graham Bunn split from The Bachelor and Bachelor Pad star, Michelle Money, back in 2010. Later, Michelle went on to engage the professional golfer Mike Weir after five years together.

Wondering who Graham has dated before Michelle? Well, he opened up about his girlfriend of over a decade ago, Chrishell Stause in 2021. According to him, Chrishell parted ways with him after being approached by The Bachelor to do the show. But ultimately Michelle wasn’t cast as a Bachelorette.

After the split, Graham revealed that he had no hard feelings for Michelle, rather he applauded her decision for pursuing the opportunity. Although their relationship only lasted for a while, Graham labeled it as“incredible”.