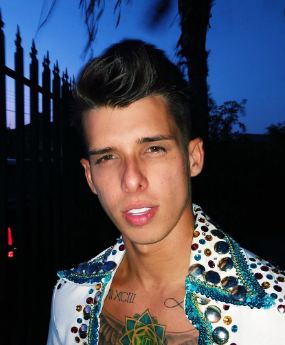 Best known for comedic contents on TikTok, Gilmher Croes is a beloved YouTuber, a burgeoning influencer and an aspiring actor.

Delve into Gilmher’s wiki-type biography to get an insight into his family, love and professional life!

Coming from a family of five, Gilmher is siblings with sister Roxanne and brother Jayden. Gilbert and Susanne Croes are his biological parents.

One wiki-like trivia about Gilmher: After finishing high school education, he attended the University of Aruba situated in the capital city of Oranjestad.

Graduating from college, Gilmher Croes started uploading funny skits on Facebook. However, it was on TikTok that he found international fame for his Jim Carey-like mannerisms.

As of early-November 2019, 22+ million people followed Gilmher on the lip-syncing app.

Together with his brother Jayden, Gilmher runs a YouTube channel titled “CroesBros.”

Transcending social media, Gilmher then began dabbling in acting. As an actor, he landed several roles in short films. For a particular performance, the TikTok sensation-turned-actor bagged the “Best Male Actor” laurel at the “2015 Aruba Short Film Festival).

A rough estimate of Gilmher’s net worth places his fortune ar around $100k mark.

The suggestions surrounding Gilmher wasn’t born out of thin air. A recluse when it comes to flaunting dating life on social media, the TikTok heartthrob opts not to speak on his status with his girlfriend.

One would be hardpressed to extract details on his dating history as Gilhmer’s ex-girlfriends have yet to come forth and speak on the romance.