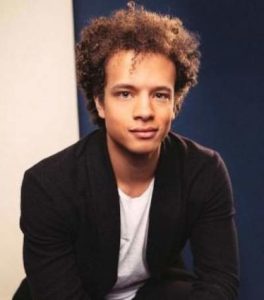 Just when you might be wondering, how Netflix can have so many contents ready to go, here comes again a new teen show to take you back to your high school days!

It’s the Tiny Pretty Things we are talking about.

Premiered on 14th December 2020, the show is the adaptation of the novel of the same name by Sona Charaipotra and Dhonielle Clayton, introducing some real gems of young actors to play a group of young dancers at a ballet academy.

Among them is Damon J. Gillespie who plays Caleb, and here’s everything you need to know about him.

Born to multi-ethnic parents i.e. a Portuguese mother and an Italian father, Damon J. Gillespie acquired a blended ethnicity from them.

His mother, Tonya Gillespie, “Momager” to her up and coming actor son, is believed to have played a very important role in Damon’s getting-bigger career. Enrolling him in Karate classes and other different competitions, early on, it was she who noticed Damon’s gift for the first time.

At the time we had no clue if Tony, a volunteer at Humane Educational Society, had kids other than Damon. Also, Damon’s social media activity did not give away anything about his siblings (if he had any).

Standing to a super athletic physique of 5′ 8″ (1.73 meters), Damon J. Gillespie is not just an actor but also an entertainer who can perform spectacular gymnastic feats. This might be one of the many reasons for his fitness.

Besides, he also has been awe-ing fans for his hairstyle with super-thin boo-bangs and flyways. Not to mention, the eyes with the perfect shade of hazel, only making him more handsome.

Until mid-December in 2020, Damon had 154 posts and 24.3k followers on Instagram. Further, 6k and counting followers had joined him on his Twitter page with the bio reading “Be Assertively Kind”.

To put it together, the Chattanooga, Tennessee native is an actor, singer, dancer, acrobat, musician, and playwright. Trained in Ballroom, Ballet, Jazz, and Tap and he can play six incredible instruments (Piano, Drums, Guitar, Bass, Bongos, and Congas).

Apparently, he grew up a competitive Hip-Hop Dancer but decided to branch as he discovered his love for musical theatre. This transition which happened to him when 15-years-old was the turning point for his career today.

From there, he attended Chattanooga High School Center for the Creative Arts and Roosevelt University Chicago College of Performing Arts, in turn.

Damon J. Gillespie, who was cast as Robbie Thorne on NBC’s Rise sometime in 2015, reportedly accumulated over $350 net worth coming all this way to the year 2020.

Damon J. Gillespie married his wife & YouTuber Grace Aki on November 23, 2019. A year before on 19th December, he had proposed to her on the Rise set. As a matter of fact, the “Aspire to Inspire” artist had already planned the moment two years ago. 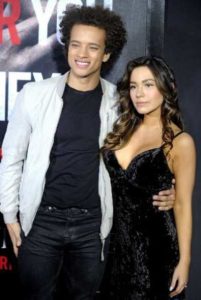 The duo, who started dating around 2014, rarely post pictures of themselves as a couple on social media.

Damon was doing Spring Awakening at a local theater in Tennessee, and at the time, he was just so focused on the work that he had almost missed out on starting a relationship with his then lady-crush.

They were not still dating but in touch as Damon returned to college in Chicago, and sometime in 2014, they moved to New York City together. And they have been a pair ever since.

Since moving to New York City, she started her YouTube channel The Grace Show where she vlogs, interviews friends, shows her experiences in the city, and more.

While on her past times, the reigning Miss North Georgia Agricultural Fair Queen would be doing something between knitting with her husband, working out, or eating cheese.