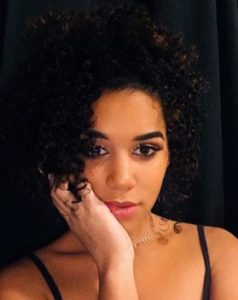 Dallas Cowboys picked Ceedee Lamb at the 2020 NFL Draft. Amidst all the attention thrown at the wide receiver, his girlfriend Crymson Rose stole the moment as she went viral.

In the biography below, we dissect Crymson’s family background, job, and age. Additionally, the readership gets to read about her height, measurements, and dating history with Trae Young.

In March 2020, Crymson Rose became 21 years old. Likewise, she celebrated her birthday on 30th March every year. Coming to her zodiac sign, she is an Aries.

A student-athlete from Flordia, Michael attended the University of Oklahoma. Later, he worked as a football coach in Florida.

Crymson was 6 when her father Michael died in a motorbike accident in Nov 2005. Meanwhile, her big brother Damon was 11.

Crymson then honored her late dad’s legacy by enrolling in his alma mater.

As of April 2020, Crymson Rose was a year away from finishing college. Many predicted her to hold a job in the showbiz industry after graduation. What’s more, she seemed destined to achieve fame and amass a sizeable net worth.

While attending Norman North High School together, Crymson and Trae seemingly bonded over their mutual love for basketball. Later, the lovebirds continued dating as they both attended the University of Oklahoma.

At some point, Crymson broke things off with Trae and commenced dating Ceedee Lamb. Trae, meanwhile, went on to play for “Atlanta Hawks” after getting drafted in 2018.

As watched by millions, Crymson felt embarrassment run through her face after Ceedee snatched his second phone from her hand. The incident happened at the now-NFL star’s home draft party.

The whole of internet chuckled at Crymson’s expense after the clip went viral on social media. Even her ex Trae Young reacted and cracked a joke after watching the video.

Reacting to the mockery, both Crymson and Ceedee took to Twitter and assured fans that the two took the situation lightly. Neither intended to embarrass one another. 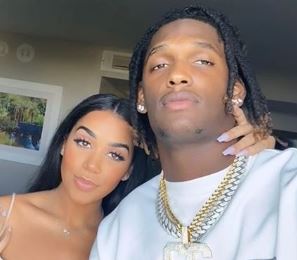 As of this writing, Crymson accumulated 19.9k followers on Instagram. Meanwhile, some 2.7k people followed her on Twitter.