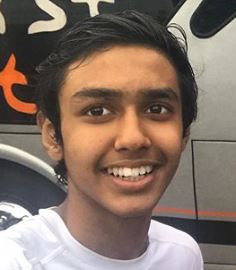 Premiered in May 2020, “Extraction” featured Rudhraksh and Chris Hemsworth as the lead cast.

With such a blockbuster Hollywood debut, Rudhraksh began garnering attention at home and across the world.

A native of Mumbai, India, Rudhraksh Jaiswal held Indian nationality. Contrary to the assumption, he wasn’t an Indian-American.

Hailing from a well-to-do family, Rudhraskh excelled in both academics and extracurricular activities. Furthermore, he did his schooling from the Mumbai-based Billabong International School.

Early on, Rudhraskh parents — father Manish K Jaiswal & mother Renuka Jaiswal — recognized his penchant for dancing and acting. As such, they enrolled him at the Shiamak Davar Dance Academy.

Barring future revelation, it appeared Rudraskh had only one sibling — a baby sister named Samaira Jaiswal.

Rudhraksh Jaiswal began his acting career auditioning for parts in TV commercials. Eventually, he would star in 15 episodes of “Mahabharata.”

Climbing up the Bollywood ladder, Rudhraksh then starred in the 2017 film “Noor.”

For the role in “Extraction” — initially named “Dhaka” — Rudhraksh auditioned in several stages. While on the set, he grew close to co-star Chris Hemsworth. Admittedly, the gig was a dream come true for Rudhraksh who grew up watching Chris’ movies.

Shot in parts of Ahmedabad and Bangkok, “Extraction” told a story about a black market ops contractor on a mission to rescue a son of drug Warlord. In the 2020 film, Rudhraksh played the character named Ovi Mahajan. Meanwhile, Pankaj Tripathi portrayed his father. 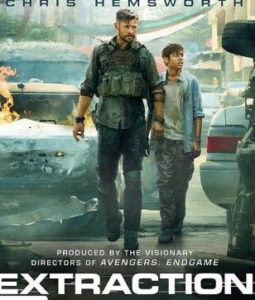 With many more TV shows and movies on the horizon, Rudhraksh continues to add figures to his net $100 thousand worth.

Verified on both Instagram and Facebook, Rudhraksh Jaiswal used the platforms to promote his latest project. As of April 2020, he garnered 35.2k followers on IG and 9.5k followers on FB.

As of this writing, Rudhraksh Jaiswal appeared too young to be dating anyone. Thus, the notion that he might have a girlfriend seemed like a big joke. So did the rumors of him being gay.