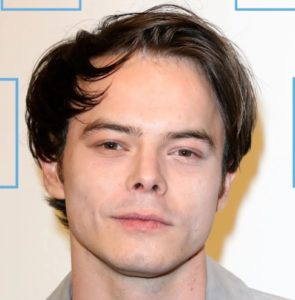 Netflix brought the TV world to storm in 2016 when the first season of Stranger Things introduced viewers to the fictional town of Hawkins, Indiana, where a flock of young kids contends with terrifying creatures and mysterious government agents.

As of early 2020, Season 4 of Stranger Things was not too far away, it was only a matter of time before fans would see more of Eleven, the Wheelers, and the rest of the Hawkins gang. But, the thing that sought major attention among some Stranger Things fans was what would happen to the relationship between Nancy Wheeler played by Natalia Dyer, and Jonathan Byers played by Charlie Heaton since the Byers’ family have left the Hawkins town.

Follow along to know more about Charlie Heaton’s bio, his relationship with co-star Natalia Dyer, and talks about his son!

Charlie Heaton is an English actor and musician who was born on February 6, 1994. The sensational actor was raised by his parents in Bridlington, East Riding of Yorkshire. In his family, he also has one sibling, Levi Heaton (sister).

Of course, Jonathan gained most of his fans from his portrayal of Jonathan Byers in Stranger Things, but some of his die-hard fans knew him from the time when he was the drummer of the noise-rock band Comanechi.

He debuted as an actor in the British TV series DCI Banks. Then, he went on to appear in more British series like Vera and Casualty.

Charlie, who stands at a height of 5 feet 8 inches, appeared in the American psychological thriller Shut In alongside Naomi Watts in which he played the role of a troubled kid. He was also the cast of the indie drama film As You Are which won the Special Jury Award at the 2016 Sundance Film Festival.

For his performance in Stranger Things, Charlie won the Screen Actors Guild Award in the category Outstanding Performance by an Ensemble in a Drama Series.

There’s no need for a question if Charlie made a staggering net worth TV show’s mega-giant, Stranger Things. As per the reports, Charlie made about $250k net worth from the show.

It was not until October of 2017 that the public knew about Charlie’s son. Charlie Heaton missed a Stranger Things 2 launch party after he was stopped by security officials at LA airport who found traces of cocaine in his bag. However, he denied accusations of being busted over for cocaine. 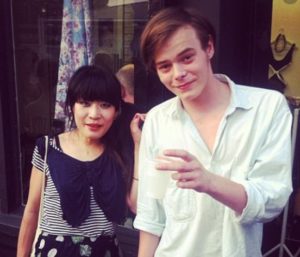 Charlie Heaton and his baby mama Akiko in a frame.

Soon after this accident, the news came out that he had a three-year-old son with his baby mother Akiko Matsuura, a drummer and vocalist from Comanechi.

Charlie and the baby mother met in their teens and reportedly fell in love with each other. In May 2014, Charlie became a father at the age of 20 after Akiko gave birth to their son named Archie. 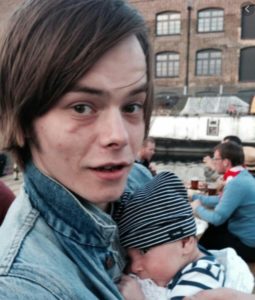 The pair however separated later but stayed in touch because of their son, Archie.

As the creator of the show Stranger Things, the Duffer brothers said that they saw the sparks flying whilst doing a chemistry read between Charlie and Natalia back in their first audition.

However, the pair only made the news of their relationship public in February 2020. When confronted by the people why the couple had been keeping their relationship hush-hush, Charlie had a perfect reason. He said that they were not aware of how serious things would turn out to be and the pair did not want to ruin anything.

The year 2020 marked their third anniversary and Charlie and his wife prospect Natalia seem to be only going stronger from here. As of February 2020, the pair even live together in New York.

Charlie and Natalia went to Italy on a romantic vacation in the summer of 2019. What’s more, on Natalia’s birthday in January 2020, Charlie threw a surprise birthday party. 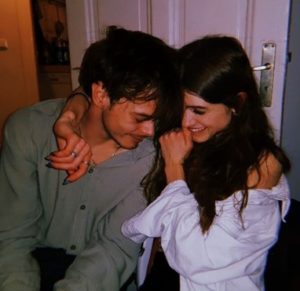 Natalia celebrates her 25th birthday with her boyfriend, Charlie Heaton.

Despite everything going on their way, the pair did not want to rush at all. By the end of February 2020, the pair were not engaged yet.