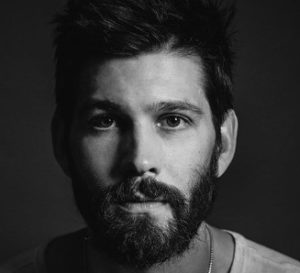 If hot looks and an immense acting talent were ever put in the same person, the product would somewhat look like the actor Casey Deidrick. Casey, whose career spans almost a decade, went from playing guest roles to recurring roles to finally becoming the main actor in a popular TV show.

Learn more about the hot actor’s life — from his age to married status to net worth to social media reach — reading this article laid out in a wiki-style format.

Casey was born in Santa Clara, California. However, he did not live in his birthplace long enough. His zodiac sign is Taurus.

Born as the only son of his parents, Denise Deidrick and Barry Deidrick, Casey grew up in two homes as a result of his parents’ divorce.

Despite the divorce, Casey’s parents were able to put aside their differences when it came to raising their child.

Casey’s parents always pushed him to follow his heart, which was to be an actor. Later, when Casey was actually one, he revealed that if it not had been his mother, convincing him to go to AMTC convention, he would have never been an actor.

As a child, Casey grew up with four half-siblings other than his parents.

Even though Casey did some acting job here and there, his big break came after he portrayed the role of Chad DiMera on NBC‘s hit show, Days of Our Lives. Offering his 5 valuable years to the show, Casey made a place separate place in the fans of Days of Our Lives.

His next offering, the rights for the CW’s In The Dark (2019) was bought by Netflix. Casey played the role of Max, a food truck driver/owner, and the love interest of Murphy.

Besides, In The Dark and Days of Our Lives, Casey co-starred on the MTV show, Teen Wolf, playing the role of Halwyn. Some of his other revered works include A Midsummer Nightmare, Eye Candy, Revolution, Glee, Everybody Hates Chris, among others.

The staggering net worth that he gathered came from movies, modeling, and some dramas. Casey Deidrick is estimated to have slightly less than $1 million as net worth.

You must have known by now, Casey is one sexy hunk, every girl thirsts for. He stands very tall at a height of 6 feet 3 inches (1.92 meters) and has the perfect weight for his height.

Casey is a huge tattoo fanatic. He has tattoos all over his arms, neck, and chest.

Even though it now seems like Casey is healthy all physically and mentally, it was not always the case. He was diagnosed with bipolar disorder in his 20s. Time was so hard for him that he even decided to give up on his acting job. However, as he says, the roles he played always inspired him and pushed him to go for more.

That being said, he has improved a lot from that time. Now, Casey seems to be all absorbed in the work and his mental health is posing no problem for it.

It’s fair enough to say that Casey’s social media presence is overwhelming. He is available on Instagram and Twitter. There is no news whatsoever of him coming to FB.

For a man as handsome and successful as Casey, there is no doubt he had a shortage of girls ever. Ever since he appeared, Days of Our Lives, his dating life became a significant concern for his fans.

Around 2009, Casey Deidrick was linked with the co-star of Days of Our Lives, Molly Burnett. However, their relationship did not last long, and the pair parted ways after a year. 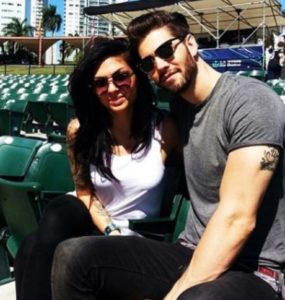 Then, the actor Casey was seen with a girl named Jahan Yousaf around 2013. He was pretty open about his relationship with her unlike his first girlfriend, Molly. While still dating, the couple was seen together in several of the photos.

However, in 2017, Casey abruptly stopped posting their pictures together. That thing again has raised many concerns over his relationship with some even asking if he turned gay.

As of 2020, Casey wasn’t married. As such, the actor didn’t have the luxury to call anyone his wife.

“Days Of Our Lives” John Clarke Cause Of Death, Wife, Net Worth, Kids