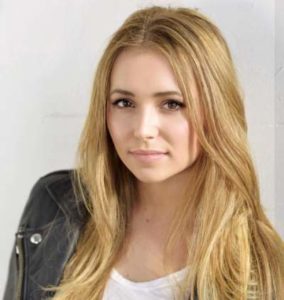 American actress Camelia Marie Somers is known as the granddaughter of Suzanne Somers who is one of the most popular contemporary actresses of her time.

But in 2020, Camelia was not making headlines for her familial connection or any next coming roles. Rather, it was for the news that’s been telling her fans that she was off the market!

Here are the scoops!

Also everything you may be wanting to know about her.

Camelia Somers celebrates her birthday every year on 3rd October. This makes her a Libra.

Camelia’s parents own an advertising agency which led to her starring in her first commercial at age two.

Her father, Bruce Somers Jr., is the owner and chief storyteller of Sincbox Media and her mother, Caroline Somers, is a writer and a producer. Caroline is also the President of Suzanne Somers’ company. (Suzanne is Camelia’s paternal grandmother.)

For 25 years and more, Camelia’s mother and grandmother have been together in a successful empire of education, products, and services from organic skincare to weight loss, to supplements to bioidentical hormones.

Further, Camelia and her sibling Violet Somers have lived in Florence, Italy, and Los Angeles, California.

Violet, the younger sibling, also lives a creative lifestyle, making a name for herself as a photographer. Years ago, she had launched her own line of custom painted tennis shoes.

Talking to voyageLA, sometime in the past, she said, as an actor, she hopes to shatter stereotypes about women – especially those attached to their looks.

Camelia had 689 posts and 15.2k followers on Instagram (until 19th December in 2020). Although at the time she was not as much popular on her Facebook and Twitter pages.

Growing up in Brentwood, California in a Hollywood family, Camelia Somers naturally found herself performing arts at an early age.

She was determined to keep her one foot in the entertainment industry, as she went for college in Los Angeles. At USC, she majored in Chinese language and culture with a double minor in Business and Film.

As an actor, she is known for her TV role as Charlotte on the daytime soap opera The Bold and the Beautiful on CBS. It is said, the show’s creator Brad Bell, created the character of Charlotte specifically for Camelia.

Not to mention, the very first role of her career was filmed on the same CBS sound stage where her TV legend grandmother once shot Three’s Company.

Before this, Camelia worked in Beijing for Lionsgate’s Chinese distributor of The Hunger Games.

It seems she has most carefully mapped out all she wants to do in the coming days. She had explained before that because “Making it” in Hollywood required patience, talent, and the right timing, she was laying the groundwork in her career all those times when she was in college.

Anyway, in the meantime, Camelia Somers had $300 thousand reported net worth. And, of course, she is entitled to her elite folks’ riches as well.

For the first time on December 17, 2020, Camelia made headlines about her romance with musician and former Glee star Chord Overstreet.

A “source tells PEOPLE” that Chord’s been dating Camelia after his big split from Emma Watson in 2018. The two dated for several months.

Apparently, during her birthday in October 2020, among a group of people she celebrated it with, Chord seemed to be one of them.

In a picture she shared on Instagram, Camelia was “FEELING SO LOVED” had sat next to a man who resembled Chord. However, even fans believed, there had to be more evidence than that for them to truly imagine Camelia and Chord as the new couple in town.

Judging from the past, Camelia is not someone to keep her affairs under the carpet.

She quite gallantly flaunted her probably former boyfriend Nick Barrack. Between 2015 and 2016, she shared a couple of pictures of them, on Facebook, also admitting to their relationship. 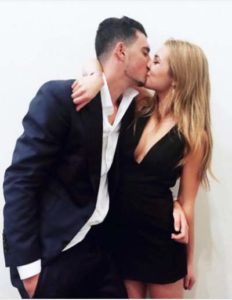 To this picture, taken with Nick at USC Kappa Kappa Gamma, on 6th December in 2015, Camelia had captioned, “The first kiss!!!!!!”. They were last seen on Camelia’s social media in March 2016.

Just like Camelia, Nick graduated from the University of Southern California sometime in the year 2018.