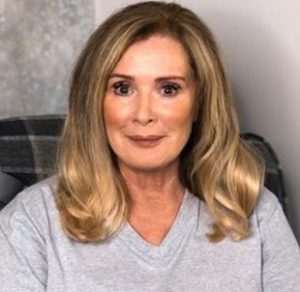 Beverly Callard became a household name in England with the role of Liz McDonald in the ITV soap opera, Coronation Street. The actress, who became a part of the twentieth season of I’m a Celebrity…Get Me Out of Here, also played the part of Flo Henshaw in the BBC 3 comedy-drama Two Pints of Lager and a Packet of Crisps.

Beverly, who has been in the acting business for more than 35 years, has had her highs and lows. Circa 2020, when Beverly talked about her life-long battle with depression, many of her fans have shown interest in her husband, Jon McEwan.

This article will explore the life of Beverly Callard, from her illness to her relationship with Jon. Also, get insights into Beverly’s ex-husbands and children from those partners.

What Did She Look Like As A Young Woman?

Beverly Callard did suffer from depression and illnesses supposedly late in her career, but she had a vibrant and striking face in her youth. 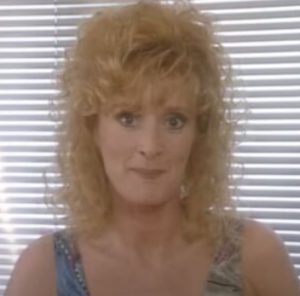 Young Beverly Callard in her youth circa 1990.

When her picture from around 1990 surfaced on the Internet, her fans could not stop but shower tremendous love for the photo of the blonde woman at her young age.

Jon McEwan is the fourth husband of Loose Women panelist Beverly Callard. Beverly married Jon on October 30, 2010, at Hazelwood Castle Hotel after three failed marriages. Beverly’s first husband was Paul Atkinson. The duo married in 1974 and got divorced in 1978.

Jon was born in Ashford, Kent. He even lived for some years in Spain before settling with Beverly in Manchester, United Kingdom.

His Twitter bio suggests that Jon is a multitalented person. From Army to drummer, Beverly’s husband has proved himself in different jobs.

Jon also has a couple of acting credits, as listed on his IMDB page. He appeared as a guest in Lorraine and Loose Women.

As Jon’s Twitter bio suggests, he is also a biker and drummer. However, Jon has not shared any glimpses of his biking or drumming skills.

As of this writing, Jon and Beverly live together in Eccles, Salford, Greater Manchester with Jon’s son Ben and daughter Danielle from his previous marriage.

Rebbecca Jayne Atkinson is the only surviving child from the marriage of Beverly and her first husband Paul Atkinson. The English actress and writer were born on June 3, 1975, in Dewsbury, West Yorkshire.

Beverly Callard might have played a variety of characters in her long career, but she still struggled to maintain her own character. Beverly talked about her battle with the illness and how she thinks she might have to take medication for the rest of her life.

Although Coronation Street star was struggling from depression for a long time, she reached the lowest point in 2009 when she had a nervous breakdown because of the salary-cut.

On 20 July 2020, the 63-year-old actress also had to go through hip surgery because of a soft tissue tear-up in her right hip. But when Beverly’s consultant told her that she should have never through the surgery after the pain did not cease, Beverly Callard even considered taking legal action against the hospital.

In another interview with OK!, Beverly talked about still not being able to walk without aid. Beverly revealed,

“I can’t walk without crutches. I have Jon (McEwan, Callard’s husband) on one side and a crutch on the other side. I’m learning and I’m battling.”

As of 2020, Beverly was still not completely normal. She still had to go through physiotherapy and hydrotherapy every day to build up the muscles in her hip region.

According to the latest update, it looked like Beverly was recovering well as she was planning to return to Coronation Street to shoot a proper goodbye in 2021.