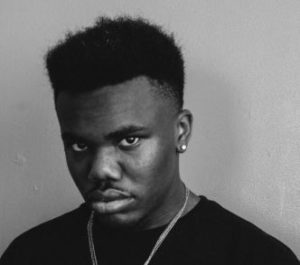 A gifted musician, Baby Keem created waves in the Hip-Hop scene after earning production/songwriting credits on albums “Crash Talk,” “Redemption,” “Black Panther: The Album Music From And Inspired By” and “The Lion King: The Gift.”

See the wiki below and get to know the musician plus his net worth, dating status, and familial lineage!

In Fall 2019, Baby Keem turned 19 years of age. On the 22nd of every calendar, the “Nile” contributor celebrates his birthday.

He was born to African-American parents born in Las Vegas, Nevada in the year 2000. Hykeem Carter is his real name. By his admission, his kinfolks were musically talented.

More on his family: forums online cite Kendrick Lamar as Baby Keem’s cousin. As of early-2020, the stated claim was yet to receive an official confirmation.

Despite wearing a newcomer tag, he already owned a Wikipedia profile.

Stylistically, Baby Keem embodies a prototypical rapper. Inspired by trap and rock sound, he juxtaposes his distinct delivery with the ubiquitous melodic rap.

Because of his close association with Kendrick Lamar, Jay Rock, and ScHoolboy Q, many mistook Baby Keem as a TDE artist. As of January 2020, he hadn’t signed to the iconic record label.

A quick google revealed that Baby Keem was signed to Sony Music Entertainment and The Orchard.

Via his label “Baby Keem LLC,” Baby Keem dropped two EPs “No Name” and “Hearts & Darts” in 2018. That very year, he released his debut album titled “The Sound Of a Bad Habit.”

In 2019, Baby Keem score a hit with the song “Orange Soda.” He followed the single by releasing a full-length project “Die For My B**ch” in October.

Writing for allmusic.com, critic Fed Thomas lauded his songwriting abilities on “Die For My B**ch.” An excerpt read,

“Occasional moments of absurdity sit nicely with the more straightforward elements of the mixtape, and the grab-bag feel of the various ideas colliding just serves to make the project an enjoyable, low-stakes listen.”

Towards the end of 2019, he sat down for a brunch with Jay-Z. The meeting gave birth to rumors that he might have signed with Roc Nation.

Baby Keem’s $100k+ net worth is seemingly on the rise. Meanwhile, he stretches five feet & seven inches plus height.

In February 2020, Baby Keem’s breakout hit “Orange Soda” went gold. He took to Instagram and celebrate the milestone while thanking the fans for it.

Baby Keem is an enigma — plain and simple. The degree of anonymity applied to his relationship status as well.

Up until February 2020, he had 125k followers and uploaded 5 posts on Instagram. Unsurprisingly, none of them depicted his girlfriend.

Likewise, he also refrained from tweeting about his dating life.

In early-September 2019, Colors posted the music video for Rapsody’s song “Serena” on its...

Most of the music listeners were bopping to “No Guidance” when the banger dropped in June 2019....