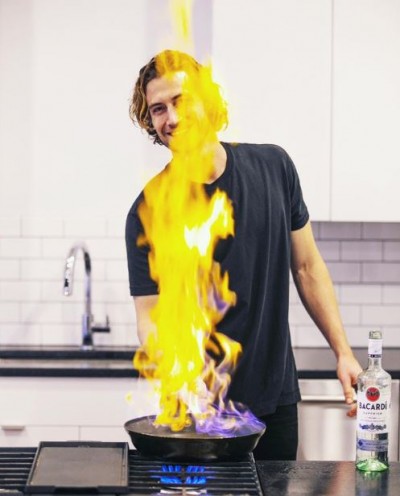 Adam Kenworthy was known to the audience of reality TV shows, initially for his appearances as one of The Real Housewives of New York City cast’s love interest.

Soon, his outstanding personality drew so much attention from the fans. And why would he? There is indeed so much to him!

Personal chef and culinary consultant by profession, he is also a cookbook author. Besides, there are a lot more impressive facts about him one might not know of yet.

Adam Kenworthy celebrates his birthday every year on the 12th of June. Therefore, his zodiac sign is none other than the gentle, affectionate, and curious Gemini.

Adam Kenworthy stands at a height of 6 feet 1 inch. He is a health nut who not only prefers but also promote recipes that are vegetarian or vegan for maximum nutrition potential.

Forever an athletic built, his body weighed 79 kg at some point.

At some point in 2019, Adam Kenworthy’s net worth was reported somewhere around $3 million. And no doubt, the wealthy man, that prospects for more millions to land his way in the coming years.

Adam is giving back to the community and its people at the same rate.

Adam founded this non-profit organic fruit farm Finca Santa Marta in Nicaragua soon after he graduated from Colorado State University. The cause has not just employed locals, but it also contributed fresh produce and honey for the community. A year after the opening of this venture, he spoke with The Huffington Post:

“My parents think I have it backwards . They say ‘Here you are, you are broke, just out of college and you are starting a non-profit’. But it’s really a labor of love and I hope to be able to keep giving more and more to the farm.”

Besides his primary job of chef and content creator, he also signed with Beatrice Models, according to his LinkedIn profile.

Moreover, Adam holds a degree in Natural Resource Recreation and Tourism. And while in college, studying the course, he developed an interest in endurance sports such as mountain biking and running. The need to eat a lot more while doing such sports led him to cook. He wanted to create the most nutrient-dense foods he could, never realizing that would develop in him a passion for cooking.

Today, a celebrity cook, he is one of the most creative salad creators in the culinary world. Of many recipes he owns, his salads are especially unique, colorful, and full of flavor.

Adam Kenworthy and his on and off girlfriend, Carole Radziwill sparked romance rumors after they spent some time together at Carole’s castmate (Real Housewives of New York City) Dorinda Medley’s home.

This happened over the 4th of July 2020 at Dorinda’s Massachusetts mansion in Blue Stone Manor.

The pair further kindled the “getting-together” rumors after each shared the same picture of their golden-doodle, Baby. 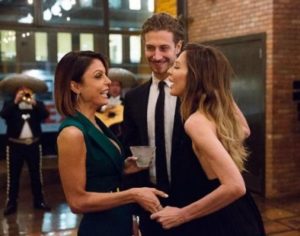 Carole Radziwill and Adam Kenworthy (from left) in an episode of RHONY back in 2016 (PIC: Bravo Media)

Carole, who is 21 years his junior, joined the fifth season of Bravo’s RHONY in 2012 and called it quits from the franchise in 2018.

Circa 2015, when Adam first appeared on RHONY, during its seventh season, it was revealed he had previously dated Carole’s costar Luann de Lesseps’ niece.

Somewhere around the year 2017, Adam also happened to be linked with celebrity chef and culinary nutrition consultant Mikaela Reuben.

The Real Housewives franchise consists of a reputation for producing entertaining content and bringing...