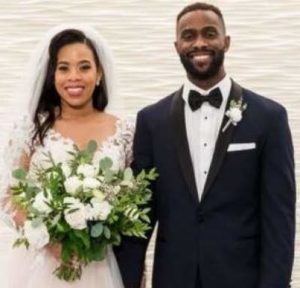 Critic’s Choice Award-winning Married at First Sight returned for its 13th season on July 21, 2021. The new series headed to Texas introduces ten brave singles who meet their new spouse at the altar as they enter into a marriage at first sight.

Among them are Zack Freeman and Michaela Clark.

In this ‘Zack Freeman Wiki’ discover all about Zack and his relationship dynamic with Married at First Sight co-star Michaela Clark.

The name ‘Zack’ is derived from his full name Zachary Freeman.

Zack Freeman reached the age of 27 on Sep. 24, 2020. He is the youngest cast member on this season of Lifetime reality TV show. In fact, he is also three years younger than his bride on MAFS.

Zack’s parents are Joseph Freeman and Dayne Freeman. Both of them are on Facebook. Of which, we learned, they are the native of Baton Rouge, Louisiana. The couple is still married. In fact, they have been married for more than 25 years.

Further, Zack’s mom Dayne is the UI Director at the Maryland Department of Labor. And, she also studied at LSU Paul M. Hebert Law Center.

Then, talking about siblings, he is the older of three look-alike brothers who also appear of similar ages.

Among them is Hunter Freeman, who studied at Baylor University, and was happily engaged to Kenzie Chakara (as of July 2021).

And then, there is Toliver Freeman. Toliver is a student of LSU School of Medicine in New Orleans. He studied at Saint Joseph’s University and went to Catholic High School.

Zack also has a super proud aunt Theresa M. Torres, who was beyond excited about his MAFS appearance.

Zack stands below 5′ 11″ in height. As seen on rare occasions, his SJU ‘20 Men’s Basketball-brother Toliver clearly towered the older brother in his 6′ 3″ athlete height.

Until July 22, 2021, Zack Freeman could be spotted only on his Twitter @ThisIsSpartaKus. He had 254 followers on the page.

Meanwhile, his Instagram account seemed to have been removed at the time. Or, maybe he started a new one under a new username, one could not tell.

Before the world knew about his MAFS stint, Zack Freeman already had an estimated Under $300K net worth.

Back in April 2019, Zack became one of the co-founders of a new social networking app called Friends. The news was reported by The Baylor Lariat magazine. And Zack’s two brothers also worked alongside him as other co-founders of Friends.

At that point, Zack, having graduated from Duke University in 2015, was an employee at Bernhard Capital. (Just so you know, he got enrolled in a program at Duke in 2011.)

Not to miss, in Oct. 2013, Zack’s brother Toliver had proudly announced his wall street accomplishment. The younger sibling had taken to his Twitter @toliverfreeman
to tweet:

“MY BRO ZACK GOT A JOB ON WALL STREET AS A FUCKING JUNIOR IN COLLEGE!!!! BEYOND FUCKING PROUD OF HIM!”

Zack Freeman, from his hometown of Baton Rouge, Louisiana traveled to Houston, Texas to meet and get married to Michaela Clark.

So, it’s clear, he planned to be a husband at a younger age. The teaser for season 13 also revealed Zack, alongside dealing with the virus’ symptoms was quarantined with his stranger bride Michaela as they tried making the marriage work. (Zack had contracted COVID while shooting.)

The relationship experts on MAFS believed Zack and Michaela’s had mutual devotion and aspirations to do this for real. But then, the couple were also aware as well as prepared for the challenges that would follow. One of them was, of course, Zack lacking his support from the family.

The folks were not fully supportive of his decision to blindly enter into marriage. “I don’t want any random girl for my son,” his mother had said on the show.

That been said, Michaela was still confident that her and Zack’s chemistry level of a nine out of ten upon meeting would do them well.

About the fans’ query — if they are still together — Page Six tried to get some spoilers but got none. Zack, in an exclusive with the news channel, spoke some about his preparation for MAFS but could not spoil the current status of his marriage to Michaela.

An excerpt from what he shared was — his mom was very mad or confused as to why the experts (on the show) did not give her a call so she could give them input on what she thought on with or whom her son should be matched with.

Zack also added how his friends were shocked because they did not think he needed to do “something like this” to find love.

That been said, tune in to find out if Zack finds a happily ever after that he has been so desperately looking for in Michaela, a successful realtor who is often selling homes to newlyweds.

Zack, so you know, claimed to be looking for a relationship filled with quality time, good communication and romanticism with Michaela.